In The Know: The Philippines’ mining industry | Inquirer News

In The Know: The Philippines’ mining industry 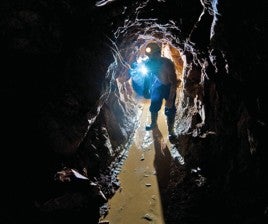 Of the country’s total land area of 30 million hectares, some 9 million ha have been identified as having “high mineral potential,” said the Mines and Geosciences Bureau (MGB).

As of January 2012, the bureau estimated that some 3.8 percent (around 1.14 million ha) of the Philippines’ total land area was covered by mining tenements.

As of June 2012, the country had 30 operating metallic mines—18 nickel mines, five gold mines with silver as coproduct, three copper mines with gold and silver as co-products, two chromite mines, a polymetallic mine with gold, silver, copper and zinc as products; and an iron mine, according to the MGB.

However, for the first quarter of 2012, data from the MGB showed that metallic mineral production declined from P31.4 billion in the same period last year to P19.6 billion this year.

The copper with gold and silver mines are located in Benguet, Cebu and Zamboanga del Norte. The copper mine with gold, silver and zinc is in Albay, while the metallurgical chromite mines are in Surigao del Norte and Eastern Samar. The iron mine is in Leyte.

Mining contributed 1 percent (P99.2 billion) to the country’s gross domestic product in 2011, according to MGB data.

Investments in exploration and mining projects have amounted to more than $4.4 billion from 2004 to 2011.

The mining industry employs some 238,000 people, said the Department of Labor and Employment.

According to the Environmental Management Bureau, there were around 300,000 small-scale miners in the country as of December 2011. Compiled by Kate Pedroso, Inquirer Research