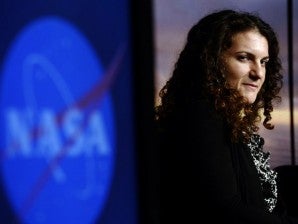 WASHINGTON – Two scientific papers published Sunday disproved a controversial claim made by NASA-funded scientists in 2010 that a new form of bacterial life had been discovered that could thrive on arsenic.

“Contrary to an original report, the new research clearly shows that the bacterium, GFAJ-1, cannot substitute arsenic for phosphorus to survive,” said a statement by Science magazine.

Science published the much-hyped initial study in December 2010, with lead researcher Felisa Wolfe-Simon, a fellow in NASA’s astrobiology program, announcing that a new form of life had been scooped from a California lake.

The bacterium in arsenic-rich Mono Lake was said to redefine the building blocks of life, surviving and growing by swapping phosphorus for arsenic in its DNA and cell membranes.

Arsenic is similar to phosphorus but is typically considered poisonous to living organisms.

But the study needed to be confirmed in order to be considered a true discovery, and two separate teams found that indeed, the bacterium needed some phosphate to survive, and could not fully substitute arsenic to live.

NASA has conducted numerous probes at eastern California’s Mono Lake, an unusually salty body of water with high arsenic and mineral levels, as it is likely to reflect conditions under which early life evolved on Earth, or perhaps Mars.

While Wolfe-Simon and colleagues acknowledged that there were very low levels of phosphate within their study samples, they concluded that this was a level of contamination that was insufficient to permit GFAJ to grow.

One paper was written by Marshall Louis Reaves and colleagues at Princeton University, Rosemary Redfield at the University of British Columbia, and Leonid Kruglyak of the Howard Hughes Medical Institute.

Canadian microbiologist Redfield was among the first outspoken critics of the initial study.

“I don’t know whether the authors are just bad scientists or whether they’re unscrupulously pushing NASA’s ‘There’s life in outer space!’ agenda,” wrote Redfield in a blog that ignited the web furor shortly after the paper was first published.

The other paper to refute its findings was written by Tobias Erb and colleagues at the Institute of Microbiology, ETH Zurich.

Rather than being a new form of life that thrives on arsenic, Science’s statement described the bacterium as “a well-adapted extremophile that lives in a high-arsenic environment.”

It “is likely adept at scavenging phosphate under harsh conditions, which would help to explain why it can grow even when arsenic is present within the cells,” said the journal’s statement.

“The scientific process is a naturally self-correcting one, as scientists attempt to replicate published results,” it added.

The journal did not retract the original study but said it was “pleased to publish additional information on GFAJ-1.”