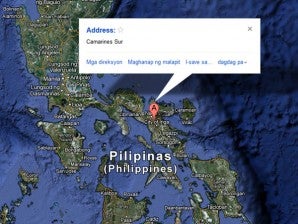 NAGA CITY — Passing the villages of the town of Ragay in Camarines Sur in the wee hours of the morning Friday, a Philippine National Railways (PNR) train bound for Ligao City from here ran over two men in Apali, according to police.

Chief Inspector Henry Canuel of the Ragay Municipal Police Station (MPS) identified the victims as Jeffrey Carpo, 22, and Benny Tatodo, 23, both from the neighboring Agrupasyon.

Canuel said Apali village chief Samuel Martinez rushed to the MPS at 3:30 a.m. Friday and reported that two persons were ran over by a train in Zone 5 of the village.

He said the village chief, who lives a safe distance from the railway, was roused by the sound of train screeching to a stop. He rushed outside to find out what could have happened and saw some curious passengers stepping down from the train.

Canuel said the team of investigators he dispatched to the area confirmed the incident and suspected that Carpo and Tatodo may have been drunk and could have slept on the railroad.

He said police found traces of vomit near the mangled bodies of the young men.

The incident brought to eight the total number of persons who were killed in just three weeks in Camarines Sur after they were hit by trains.

On June 28, 32-year-old Rodrigo Osero, who was also reportedly drunk, was driving a “skates” along the train tracks when he was ran over by a passing train at around 9 p.m. in Barangay Asucena near the town center of Sipocot.

A “skates” is wooden cart used by dwellers along the railroad as transportation facility.

The Sipocot incident happened just a week after five persons were killed in a train-tricycle collision in Iriga City.

Read Next
German priest is new SVD superior general
EDITORS' PICK
What’s at stake for every fighter at ONE: NextGen
Isko Moreno bares ‘two-pronged’ approach to rehabilitate MSMEs
Legarda emphasizes role of ICC/IPs in nation building this IP month
Gordon calls 2 Pharmally execs ‘Senate fugitives’ after no-show in probe
NCR’s COVID-9 alert level may be downgraded from 3 to 2 soon — DOH
Climate Change Commission and Nestlé PH to discover sustainability-focused solutions
MOST READ
Drivers with no traffic violations can now renew licenses for 10 years
LJ Reyes says Paolo Contis made ‘no efforts’ to talk to her after their split
Yang’s Princeton degree raises eyebrows among senators
Gordon to Duterte: You? Teaching me courtesy?
Don't miss out on the latest news and information.