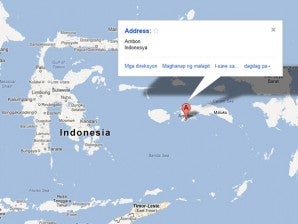 Jakarta – Three people were killed and 10 missing on Tuesday after they were buried in a landslide caused by heavy rain in eastern Indonesia, a rescue official said.

“Three people were killed and two were rescued safely. Ten people are still missing and rescuers are still looking for them.”