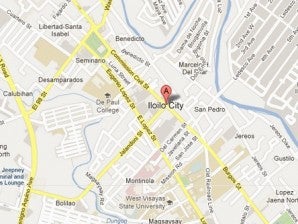 ILOILO CITY, Philippines—Officials here have raised the alarm over a surge of dengue cases in the city and have called for intensive preventive measures.

Dr. Urminico Baronda, city health officer, said the number of cases from January to May this year have reached 529 with six deaths.

The number of cases is 475 percent higher than the 92 cases with two deaths recorded in the same period last year.

Last month, 168 cases with two fatalities were recorded, much higher than the 19 cases in May last year, according to data of the city health office.

Baronda said the surge in the number of cases could be partly due to the earlier onset of the rainy season, which contributes to the increase of mosquito breeding places.

Dengue is caused by the dengue virus, which triggers severe flu-like symptoms and has no known cure. The virus is transmitted by the bite of the Aedes aegypti mosquito.

Baronda said cleanup efforts and other campaigns for the prevention of the disease might have slackened in the city’s 180 barangays (villages) because of the significant drop of dengue cases last year. “Some communities may have let their guard down so we need to intensify our preventive campaign,” he said.

Iloilo City was among the areas with a high number of dengue cases in 2010 but the cases significantly dropped last year.

The city health office has alerted officials of barangays where cases were concentrated.

Iloilo City Mayor Jed Patrick Mabilog said the significant increase in the number of cases was a major cause for concern.

“The best way to eliminate dengue is really to maintain clean surroundings,” Mabilog said in a statement.

Baronda said they have advised residents and village officials to seek immediate medical examination and treatment for those with flu-like symptoms like fever and headache because these could be due to dengue and not the common flu.

Communities were also advised to use mosquito nets and mosquito killers, and wear long-sleeved shirts and long pants to prevent mosquito bites.