Stray animals in GenSan airport to be shot on sight 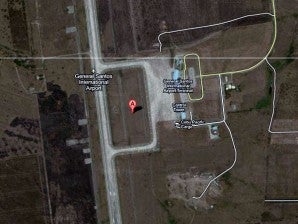 GENERAL SANTOS CITY, Philippines–Animals straying into the General Santos Airport would be shot on sight, an airport official said Tuesday.

Allan Punay, airport manager, said he came up with the decision after a Cebu Pacific aircraft from Manila sustained damages when it collided with a stray rooster as the plane was landing at the airport last month.

“The hydraulic hose of the aircraft’s landing gear was damaged so it failed to take off that day. I issued the order in consideration of the safety and welfare of the riding public,” Punay said.

He said the rooster might have been left behind when soldiers formerly securing the airport moved out to a new assignment.

“I issued the shoot-to-kill order on animals,” he said.

Anticipating a backlash from animal welfare groups, Punay said the safety of passengers was his main consideration for the order.

“I cannot sacrifice the welfare of the passengers,” he said.

Aside from birds, other animals such as goats and cattle have recently intruded into the airport.

Punay also pointed out that none of those living inside the perimeter of the airport raised animals.

He said they built the perimeter fence to prevent large animals from straying into the airport.

“After we built a perimeter fence, only birds remain a hazard to incoming and outgoing flights,” Punay said.