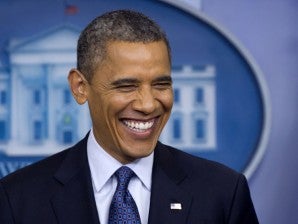 The ads, sponsored by the Service Employees International Union and Priorities USA Action, argue that Republican presidential candidate Mitt Romney’s policies would benefit the wealthiest Americans at the expense of Hispanics and other working families.

Priorities USA Action, founded by two former Obama White House aides, has struggled in fundraising compared with Republican-leaning super PACs like American Crossroads and its non-profit arm, Crossroads GPS. But the super PAC’s partnerships with SEIU and other organizations, including the League of Conservation Voters and the United Auto Workers, help the group compete with the better funded Republican-leaning political action committees.

The political wing of SEIU has given a combined $1 million to Priorities USA Action during the current election cycle.

The Priorities USA advertising partnerships with SEIU have focused primary on Hispanic voters, a key election-year constituency for Obama. The ads released Monday use past statements made by Romney, including his assertion that the very poor were not his focus, to try to make the case that the presumptive Republican nominee would be harmful to Hispanics.

The ads will run on television and radio stations in Colorado, Nevada and Florida — all battleground states with sizeable Hispanic populations — throughout the summer.