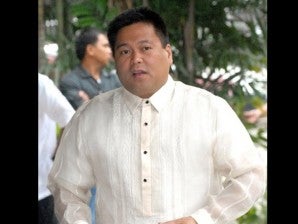 Ejercito, son of deposed President Joseph Estrada, said he signed the impeachment complaint against Corona because he understood the frustration of President Aquino when every time the government zeroed in on former President Gloria Macapagal-Arroyo and her allies, the Supreme Court ruled against it.

“Corona is just a pawn, the real culprits and masters of scams and scandals [are] GMA (Arroyo’s initials) and her minions,” Ejercito said.

Ejercito said he hopes that after the impeachment trial of Corona, the Aquino administration will relentlessly continue to pursue justice for the people.

“After all, it was President Aquino’s campaign promise to bring all of those who took advantage in the past administration to justice. I’m banking on that. That’s why I support him (Aquino) because I believe in the President’s thrust for good governance. We are hoping those who raped this country will be brought to justice,” he said.

A fellow lawmaker, Rep. Milagros Magsaysay (Zambales, 1st district), however, maintained that if senator-judges would base their decision on the facts and evidence, Corona would be acquitted.

But if the senator-judges act based on political reasons, that is a different story, said Magsaysay, a staunch supporter of Arroyo, who is under arrest on charges of election fraud, among others.

Ejercito and Magsaysay, who plan to run for the Senate next year, were in Bacolod City on Saturday and held a press conference after attending a gathering of Sangguniang Kabataan leaders.