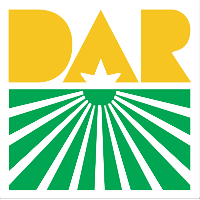 The Department of Agrarian Reform (DAR) on Wednesday started verifying the identities of thousands of Hacienda Luisita farmer-beneficiaries who have waited for decades to own a piece of the sugar estate that had been promised to them.

Hundreds of farmers trooped to the covered basketball courts where the DAR had installed temporary offices for the interview sessions of the Hacienda Luisita workers included in the 1989 master list of employees and their relatives.

The workers, following the DAR’s advice, brought with them identification cards and proof of kinship, in the case of the heirs of beneficiaries who had died. About 8,000 estate workers registered to be interviewed by DAR over a period of three weeks. The agency said it would be interviewing about 800 farmers daily.

Agrarian Reform Secretary Gil de los Reyes said the verification process would be massive and tedious. Some of the original beneficiaries have died and left their claims to heirs and relatives, which complicates the procedure, he explained.

According to De los Reyes, the first day of the verification process went smoothly and quickly. “We set it at 30 minutes per interview, but many were finished quickly. We may have to adjust this a bit,” he said in a phone interview.

De los Reyes said the agency has taken out advertisements in broadsheet and tabloid newspapers to reach potential beneficiaries who have moved out of Tarlac. “If they think that they have [valid] claims, they should present themselves to the nearest DAR office,” he said.

The first day of the interview sessions came a day after impeached Chief Justice Renato Corona declared at his Senate trial that the campaign to remove him from the Supreme Court stemmed from the high court’s decision to redistribute Hacienda Luisita, which is owned by the Cojuangco family of President Benigno Aquino III.

Instead of redistributing the land, the Cojuangcos gave stock certificates to the farmers under a scheme called the stock distribution option (SDO), which is allowed under the Comprehensive Agrarian Reform Law (CARL).

The SDO scheme was challenged by the hacienda farmers in the Supreme Court. After years of protracted legal battle, the high court recently ruled with finality that the land be distributed to the farmers.

The high court noted that the SDO implemented by the Cojuangcos ran counter to the spirit of the CARL.

The high court’s decision gave the DAR the go-signal to distribute a 4,300-hectare chunk of the sugar estate to some 6,200 farmers who have worked on it for generations.

Meanwhile, the DAR chief said the agency has bid out the contract for the audit of the Hacienda Luisita’s financial books.