For Aquino, life is a beach after 2016 | Inquirer News
Close
menu
search 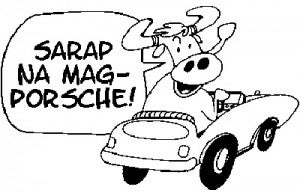 And for President Benigno Aquino III, most of it would be spent in beaches south of Metro Manila, Boracay and Palawan, where he hopes to take quick trips from his home province in Tarlac.

By then, he expects expressways connecting provinces north and south of the capital region to have been completed.

“By 2016, I assume I’ll be in Tarlac a lot and if I want to go to a beach, Batangas or Mindoro would be more accessible, or even taking flights to Boracay or Palawan,” the President said after a briefing on the two projects in Malacañang.

The Metro Pacific and Citra teams, led by their respective executives Manuel V. Pangilinan and Ramon Ang, presented to the President separate projects that will connect areas north and south of the national capital region.

Metro Pacific presented its Harbor Link Project and the NLEx-SLEx Connector Road that are worth a combined P35.3 billion. The unsolicited NLEx-SLEx connector project, however, is still up for a Swiss challenge, according to the government’s procurement rules.

The Citra project that connects Alabang, Buendia and Balintawak is worth P25.4 billion.

Both projects are expected to be completed before President Aquino’s term ends in 2016.

The President described the economic benefits of the two projects “as quite significant.”

Mr. Aquino cited manufacturing activities such as those of Luen Thai, which makes luxury Coach bags in Tarlac.

“They’re setting up in Tarlac for Coach,” he said. “Coach is inviting their other manufacturers to set up in the vicinity. The same company is setting up for Uniqlo in Subic. There are a lot of activities also for Clark.”

“Bottom line, when you have to ship all of these and you go by boats—and if it’s a Manila port—you have to contend with traversing Edsa and that adds a significant amount of travel time, it adds pressure to your just-in-time deliveries and it increases also the pollution quotient within the NCR,” he added.

The President said the projects “facilitate the whole process.”

President Aquino said that one route from north to south of Metro Manila now took an hour and 45 minutes.

“There are times when you’re unlucky and you get caught up in the rush hour. Your two hours would only take you through the stretch of the NCR,” he said.

“So the projects facilitate the movement of goods, services and people and they also enhances the connectivity between Naia and Clark. The expansion plans for our gateways will involve Clark to a large degree,” he added.

Transportation Secretary Manuel Roxas II, who facilitated the presentation of the two groups to President Aquino, said the two projects “are being undertaken independently and simultaneously.”

“We don’t expect any hurdles or any major delays in the approval granting process. It’s already quite ripe so we deemed it proper to present them to the President so this would no longer be just all talk. It would definitely happen,” Roxas said.

Roxas said the projects also addressed President Aquino’s instructions for a way to go about the delivery of goods despite the truck ban in Metro Manila.

“Right now, the trucks can only travel during nighttime. So, the deliveries of the manufacturing sector can also only be done at night,” Roxas said.

He said that with the added capacity, the sector could go about its manufacturing and its deliveries for 24 hours, seven days a week.