Aquino has nothing to fear from anti-money laundering law, says spokeswoman 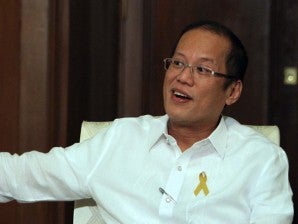 MANILA, Philippines – President Benigno Aquino III has nothing to hide and has nothing to fear from the country’s Anti-Money Laundering Act even when he’s no longer the Chief Executive.

Reacting to Senator Joker Arroyo’s comments that the anti-money laundering law may be used by a vindictive administration against officials of a past regime, Abigail Valte, one of the President’s spokespersons, said Mr Aquino “has no apprehension regarding such things.”

Valte said that even before President Aquino’s statement of assets, liabilities and net worth for 2011 was released, he already indicated the increase in his net worth because of his inheritance of the entire Times Street residence from his late parents.

Arroyo has been quoted as saying that he and Senator Edgardo Angara warned then President Gloria Macapagal-Arroyo about the dangers of an anti-money laundering law.