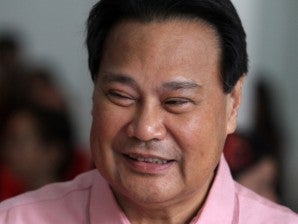 MANILA, Philippines—Should Chief Justice Renato Corona testify on his alleged dollar deposits based on an unsigned, computer-generated report by the Anti-Money Laundering Council (AMLC) claiming he owns around $12 million in deposits?

Not so fast, said a retired official of the Bureau of Internal Revenue (BIR), who warned of “many legal obstacles” even if the Chief Justice gave in to the demand— both by senators and prosecutors—that he explain his purported dollar accounts.

Estrella Martinez, a CPA-lawyer who served at the BIR for 32 years, said on Thursday Corona was under no obligation to reveal such accounts because of the Foreign Currency Deposit Act (RA 6426). She also cited the Supreme Court’s temporary restraining order preventing the impeachment court from looking into the supposed dollar deposits because of RA 6426.

“I don’t believe the Chief Justice will violate the secrecy law because he’s not bound, he’s not mandated to declare dollar deposits,” Martinez told the Philippine Daily Inquirer in an interview in Quezon City.

“If Corona violates the TRO, he’s committing a heinous crime. He might be cited for contempt by those who signed the TRO. There are many legal obstacles,” she added.

Corona’s defense team expressed on Wednesday confidence going into his all-important testimony on Tuesday where he would be interrogated on a variety of allegations, particularly about dollar accounts and his alleged failure to declare them in his statements of assets, liabilities and net worth (SALN).

Tranquil Salvador III, one of Corona’s lawyers, said the allegation that the Chief Justice owned 82 bank accounts was not unlike the claim that he had 45 properties, a much-publicized accusation the prosecution eventually retracted.

“We’ve seen the evidence and the Chief Justice is ready,” he told the Philippine Daily Inquirer, before Corona was to meet with his defense counsels late in the afternoon to plot their strategy for next week.

Martinez, an expert on SALNs having spent years at the BIR and with a master of law degree in taxation from UP, said foreign currency deposits had “no place in the SALN” because of the strict rules of RA 6426.

That would partly explain why, she said in a paper given to the Inquirer, “in all my 32 years as a tax collector, I have never encountered a government official declare his dollar deposits in his SALN.”

“A dollar deposit cannot be declared as assets in the SALN because this will not affect his net worth,” she wrote. “It is of judicial notice that increase in net worth is taxable under Section 24 of the Tax Code, because net worth comprises such acquisition in ‘peso’ only.”

Martinez added: “Some passive income, like interest on dollar deposit, has been subjected to a final withholding tax, which the dollar depositor is not mandated to declare in his income tax return or SALN. This dollar transaction will just appear in an alpha list submitted to the BIR.”

Martinez said Corona’s decision to take the witness stand and disclose his supposed dollar deposits could not be considered an “expressed consent” as required in RA 6426. Given the circumstances—that he’s on trial and under pressure to disprove his accusers—such a testimony could be considered a “coerced consent.”

“That evidence is not admissible because his consent is not free-willing, (it was given) under coercion. Of all people with dollar deposits, why is he being singled out?” she said.

“If CJ Corona will be coerced to declare his dollar deposits, if any, in his SALN, then his consent is a vitiated one, which will not create rights of government to investigate his dollar accounts,” she wrote in the paper.

Given the circumstances, Estrella said it would be better for Corona to invoke his right against self-incrimination when asked during trial about his alleged dollar accounts.

“It doesn’t mean that just because Corona agreed (to take the stand), you can now shoot him in any part of his body,” she said, noting that the Chief Justice should not worry about a possible backlash in terms of public opinion.

The Inquirer showed Martinez a copy of the 17-page AMLC report on the alleged Corona deposits, which Ombudsman Conchita Carpio Morales had presented and submitted to the Senate last Monday.

Martinez did not bother to pore over the document and dismissed it as “just a sheet of paper with no probative value.” She noted the report presented by Morales, a retired SC associate justice, was not even signed or validated.

“You can pick that up in the garbage can,” she said, pointing out that even if bank officials were subpoenaed by the Senate, “no one in his right mind would validate” the document. “It’s a waste of time because you cannot convict a person just because of that.”

Martinez also did not agree with Morales’ contention that Corona had effectively waived his right under RA 6426 when he signed his SALNs. The waiver authorizes the Ombudsman to “obtain and secure from all appropriate government agencies, including the BIR, such documents that may show assets, liabilities, net worth, business interests, and financial connections.”

Morales had described the waiver as a “clincher” that enabled her to obtain the report from the AMLC. But Martinez described the contention as “very, very elementary…very amateurish.”

“They have seen SALNs only now. I have been there in the field…with due respect to her, I can debate with her on that,” the CPA-lawyer said.

Martinez said the “focus of the SALN is to ferret out tax evasion,” meaning the BIR should use the document as a guide in going after tax evaders.

“They are so naive that your honesty in the government ends with your disclosure in the SALN. The next question to complete your honesty—did you pay the tax on your increase in your net worth?” she said.

“Assuming, God forbid, that Corona is convicted because of SALN, everybody will be impeached,” she said. “All the hypocrisy, I cannot stand.”