‘How much more development can Baguio, Boracay take?’ 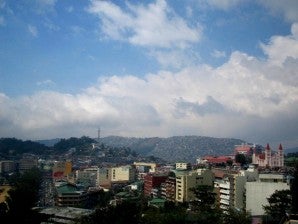 How many more tourists and buildings can Baguio City and Boracay Island handle before their ecology is destroyed by overdevelopment?

Environment Secretary Ramon Paje on Monday said the government would try to answer this question in a study to determine how many more visitors and structures Baguio and Boracay could accommodate before their ecology was severely affected.

Paje said the departments of Environment and Natural Resources, Interior and Local Government, Justice and Tourism  will conduct the  study on the carrying capacities of these two popular tourist destinations and will look into cases of “over-building” in the areas.

The results of the study, which was ordered by President Aquino, would help the government identify the developmental and environmental issues confronting Baguio and Boracay so they would not be repeated in other tourism sites in the country, Paje said.

Paje said that the government recently identified 78 ecotourism sites, including Panglao Island in Bohol, Coron Island in Palawan, and Puerto Princesa’s Underground River, which had been experiencing dramatic increases in tourist arrivals.

Paje’s announcement of the study came as developers in Boracay and Baguio clashed with civil society groups over environmental issues.

Baguio residents and environmentalists have protested the SM Group’s supposed removal of 182 trees at Luneta Hill to give way to the expansion of the SM mall. Two weeks ago,  a Baguio City court issued a three-day temporary protection order against the tree-cutting after environmentalists had requested it.

Late last year, the World Wide Fund (WWF) for Nature-Philippines said Baguio City’s runaway development and high population growth had made it very vulnerable to severe weather brought about  by climate change. Intense storms would result in flooding and landslides which could cut off the summer capital from economic activities, the WWF study said.

Boracay is similarly in a tug-of-war between the Ati tribe, the earliest settlers of the area, and private claimants. In addition to issues on water pollution, environmentalists have also raised concerns about the dwindling bat population on the island due to the disturbance to their habitats.

Boracay, the world-famous  beach in Aklan province, attracts about 800,000 tourists every year. The island, Paje has noted, still has the  capacity to handle more tourists.

But if he had his way, Paje said the government should stop selling land in Baguio City and Boracay to stop the degradation of the environment.

However, the government cannot stop private entities from developing their own properties, he said. “We can only implement decisions on government properties.”

Paje said the government “could only promote the public welfare in land that it owned. Once sold to the private sector, we can only tell [the buyer] how to mitigate [the impact of development on the environment].”

In Baguio, “the biggest land owner is still the government, so we can still mitigate and make decisions that would promote the public welfare,” Paje said.

In the case of Boracay,  the environment official said the government has to plan a more sustainable development of the island so as not to overwhelm its ecology.