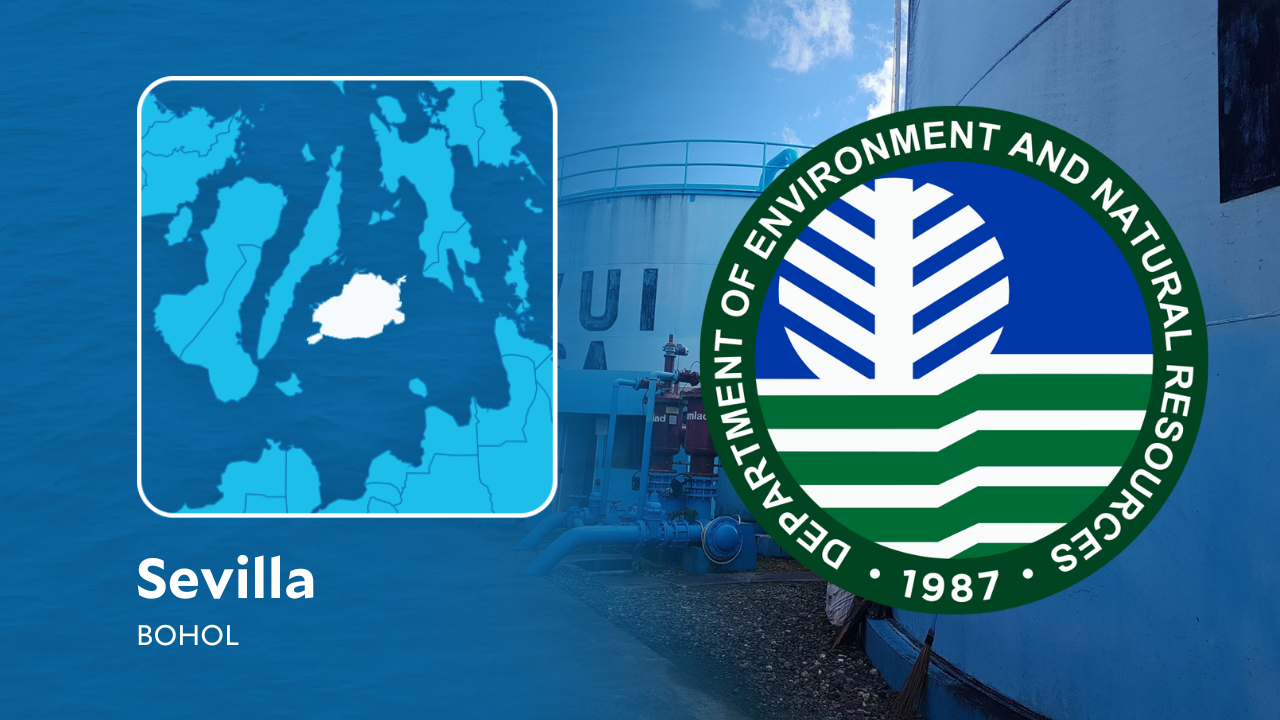 BOHOL — The town of Sevilla in the province of Bohol has asked the Department of Environment and Natural Resources (DENR) to stop its neighboring town Balilihan from extracting water from a spring located in one of its barangays.

The Sevilla town mayor sought DENR Secretary Yulo-Loyzaga’s “utmost attention and immediate action,” saying the implementation of Balilihan’s waterworks project is a clear violation of DENR rules for having no valid water and building permits.

DENR’s National Water Resources Board (NWRB), which coordinates and regulates all water development and management in the country, has given the local government unit of Balilihan a permit to extract water within its own territory.

Aside from DENR, Dano formally petitioned NWRB to stop Balilihan from extracting water from her municipality. She noted that Balilihan’s water permit is to appropriate water from its own territory, not Sevilla.

“The actual [water] diversion point is located at Magsaysay, Sevilla, Bohol, as evidenced by the installations made by the DPWH-Bohol 1st Engineering District,” Dano said in her petition before the NWRB.

“The requirements of Posting and Sending of Notice Under Section 9 of the Amended Implementing Rules and Regulations (IRR) of the Water Code of the Philippines were not followed,” the petition reads.

The case started in May 2022 when residents of Barangay Magsaysay, Sevilla complained to Mayor Dano about the ongoing construction in their community, including the installation of water lines.