Relatives of 737 MAX crash victims to speak at Boeing arraignment 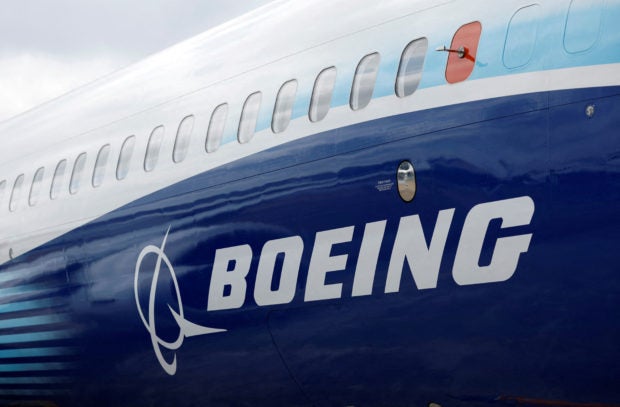 The Boeing logo is seen on the side of a Boeing 737 MAX at the Farnborough International Airshow, in Farnborough, Britain, July 20, 2022. REUTERS FILE PHOTO

More than a dozen relatives of people killed in two Boeing 737 MAX crashes plan to speak Thursday at a federal court arraignment for the planemaker in Texas, according to a court filing.

U.S. District Judge Reed O’Connor last week ordered Boeing to appear to be arraigned on a 2021 felony charge after families of those killed in the two crashes objected to a 2021 plea deal. Boeing won immunity from criminal prosecution as part its $2.5 billion January 2021 Justice Department deferred prosecution agreement over a 737 MAX fraud conspiracy charge related to the plane’s flawed design.

The families argued that the Justice Department “lied and violated their rights through a secret process,” and asked O’Connor to rescind Boeing’s immunity from criminal prosecution.

O’Connor ruled in October that people killed in the two Boeing 737 MAX crashes are legally considered “crime victims,” and family members had urged him to require Boeing to be arraigned on the felony charge.

The crashes in 2018 and 2019 in Indonesia and Ethiopia, which cost Boeing more than $20 billion, led to a 20-month grounding for the best-selling plane and prompted the U.S. Congress to pass legislation reforming airplane certification.

Among those who plan to speak at the arraignment is Paul Njoroge, who lost his three children, his wife and mother-in-law in the crash, and Nadia Milleron and Michael Stumo, who lost their daughter, Samya Rose Stumo, according to the filing.

Paul G. Cassell, a lawyer representing relatives of those killed, said the “families look forward to addressing the company responsible for their loved ones’ deaths at the hearing.”

Both Boeing and the Justice Department oppose reopening the deferred prosecution agreement, which included $500 million in victim compensation, a $243.6 million fine and $1.7 billion in compensation to airlines.

Boeing said in November that it opposes any effort to reopen the agreement, calling it “unprecedented, unworkable, and inequitable” and noted it has been complying with the agreement for nearly two years.