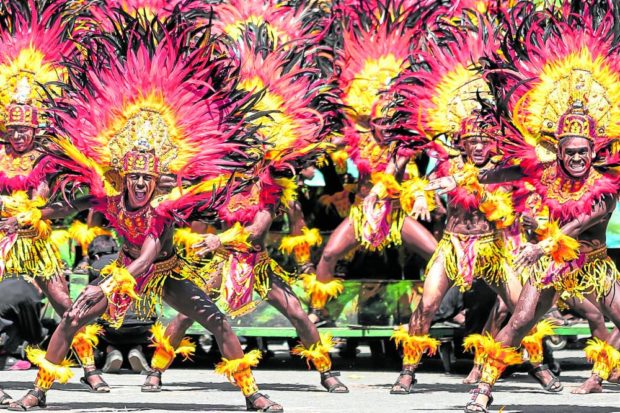 ILOILO CITY — Mayor Jerry Treñas of this city on Monday announced he will no longer endorse any signal shutdown if the local police ever bring it up for next year’s Dinagyang Festival.

“Except for the signal jamming, the celebration of Dinagyang 2023 was a great success. I will no longer endorse the request of the Philippine National Police for signal jamming next year,” he said.

Treñas endorsed the signal shutdown upon the request of the Explosive Ordnance Division of the Iloilo City Police Office (ICPO), which had already been done in previous editions of the festival.

The city council supported it through a resolution approved on January 12.

But the signal shutdown was met with criticism after it reached areas outside of the festival’s scope, including La Paz, Jaro, and Molo districts, as well as areas outside the city, including the neighboring towns of Pavia, Oton, Leganes, and Santa Barbara, as well as the island province of Guimaras.

Delivery riders in the city were also heavily affected, unable to take orders through their apps due to the absence of a mobile internet connection.

Iloilo Grab Riders Union (IGRU) President Jenner Crasco, in a statement, on Saturday, slammed the signal interruption, calling it a “hindrance to their livelihood.”

“What hurts is that we were losing our income source in the midst of an expected surge of orders during the Dinagyang season. While everyone is enjoying it, we’re having a hard time because of signal jamming,” Crasco said.

Leah Doromal, the officer in charge of the National Telecommunications Commission in Western Visayas, explained that the telecommunications companies needed to shut down all signals coming from cell sites that were serving the concerned areas.

READ: Iloilo ready for influx of visitors for Dinagyang Festival