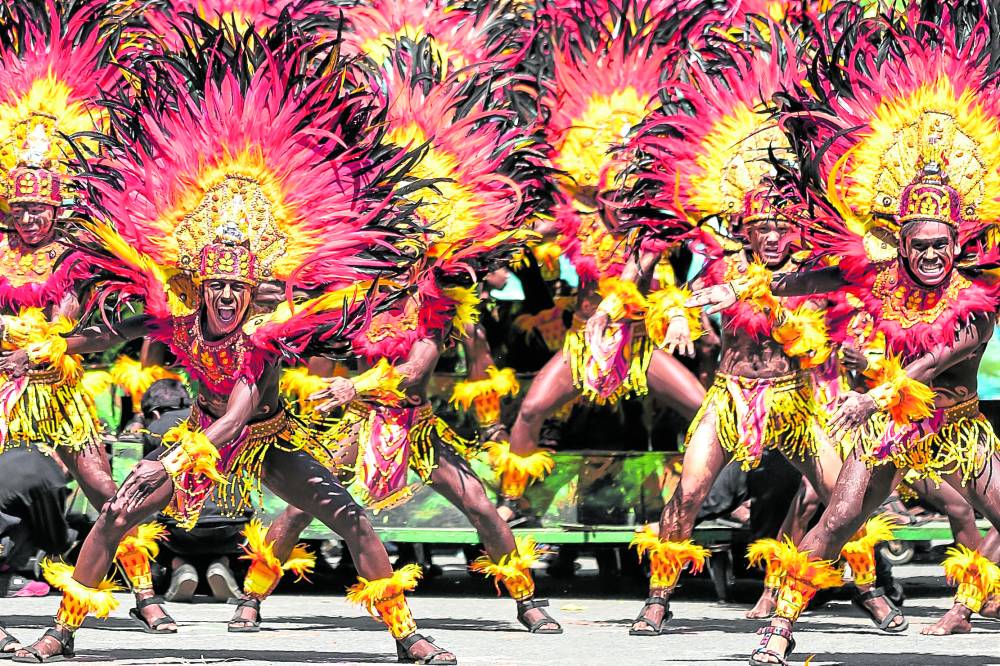 TRIBAL BEAT Ati tribes compete in a street-dancing competition in the 2020 staging of Iloilo’s Dinagyang Festival, more than a month before the COVID-19 pandemic was declared. —NELSON RONDAN/CONTRIBUTOR

ILOILO CITY – One of the country’s prominent and most attended festivals in honor of the Santo Niño or the Holy Child Jesus was held here on Sunday, Jan. 22, without a single political rally.

“We have not monitored any presence of rallyists during the festival,” she told the Inquirer.

Senator Imee Marcos, who was expected to attend the festival, was not spotted in any activities related to the Dinagyang.

Last Wednesday, Jan. 18, Treñas issued Executive Order No. 009 which prohibited any forms of protests and “political colors” during the Dinagyang Festival on Jan. 21 and 22.

In a phone interview, the mayor said he wanted to remind everyone that the Dinagyang Festival is both a religious and cultural event and should be spared from any political activities.

The Dinagyang Festival is held every fourth Sunday of January in honor of the Santo Niño.

In his executive order, Treñas directed the local police to suspend the issuance of rally permits during the Dinagyang.

Should there be any unauthorized rallies or the likes that will emerge, the mayor said the local government will have to negotiate with the protesters.

Treñas stressed that no arrests will be made in case there are people who will violate his executive order.