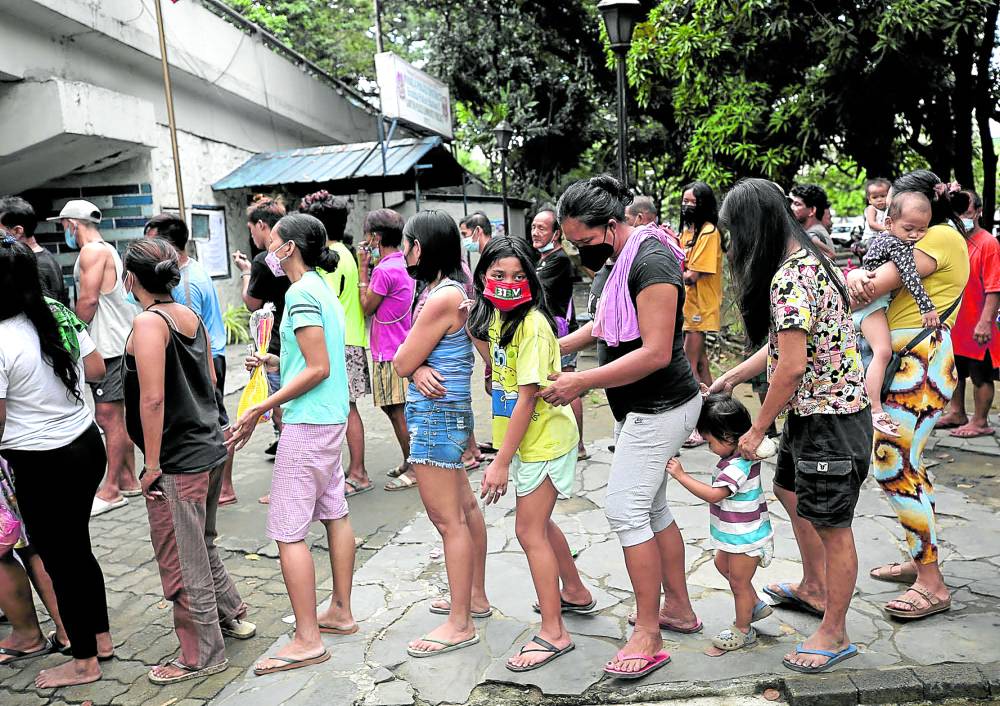 SPIRIT OF THE SEASON Manila’s poor, many of them homeless, line up at Liwasang Bonifacio on Sunday, a week before Christmas Day, to avail themselves of food packs being distributed courtesy of a private clinic. —RICHARD A. REYES

An estimated 3 million families, or 11.8 percent of families in the country, said they experienced involuntary hunger in the last quarter of 2022, according to the latest Social Weather Stations (SWS) survey conducted on Dec. 10 to Dec. 14.

Involuntary hunger is defined by SWS as being hungry and not having anything to eat at least once in the past three months.

The slight increase in overall hunger between October 2022 and December 2022 was due to the increases in Visayas and Luzon outside Metro Manila amid decreases in hunger in Mindanao and Metro Manila, SWS said.

In the same survey round, SWS found that 51 percent of Filipino families rated themselves as poor in December 2022 while 19 percent considered themselves as not poor and 31 percent as borderline or placed themselves on a horizontal line dividing “poor” and “not poor.”

SWS said that hunger among nonpoor rose from 6.7 percent in October to 7.8 percent in December, while it fell slightly among the self-rated poor from 16.0 percent to 15.7 percent.