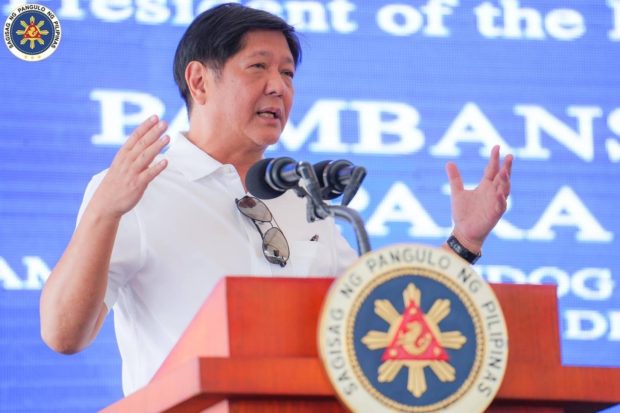 MANILA, Philippines — Saying the present system against smuggling does not work, President Ferdinand “Bongbong” Marcos Jr. on Saturday pushed for a major system-wide reform to stop it.

“To be brutally frank about it, we have a system but they are not working. The smuggling here in this country is absolutely rampant. So it does not matter to me how many systems we have in place, they do not work,” Marcos told Private Sector Advisory Council (PSAC) members in Malacañang.

“So we really have to find something else. We cannot continue to depend on these systems which have already proven themselves to be quite ineffective,” the President also pointed out.

The Chief Executive added that concerned agencies against smuggling should be more innovative, stressing that the government will have to delineate functions or establish new agencies if needed.

One of the recommendations made by the private sector was for the Bureau of Customs to share its database with the Department of Agriculture to ensure an efficient sharing of information.

In a separate statement, the PSAC said it urged the president to issue joint memorandum circulars with multipartite agencies to establish an inter-agency mechanism for the implementation and deployment of the Trusted Operator Program-Container Registry Monitoring System, complementing government anti-smuggling operations and capabilities.