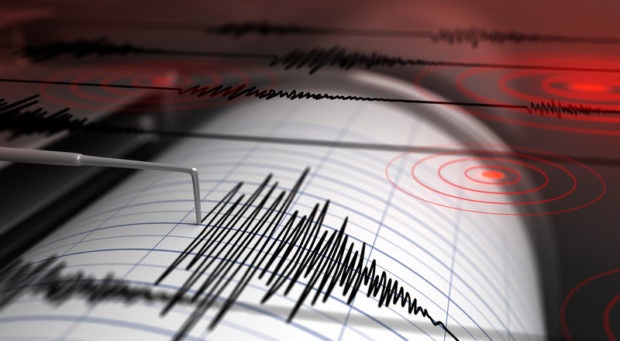 JAKARTA — A strong 7.6-magnitude earthquake hit deep under the ocean off Indonesia and East Timor early Tuesday, the US Geological Survey reported.

The epicenter of the quake was 427 kilometers (265 miles) south of the Indonesian island of Ambon at a depth of 95 kilometers, USGS said.

Indonesia’s Meteorology, Climatology, and Geophysics Agency (BMKG) reported some aftershocks at a magnitude of 5.5.

The agency said the tremor was felt on the islands of Timor, Maluku archipelago, and Papua. But there were no immediate reports of damages or victims.

“I was in bed, then I felt a little shake. I woke up and found out that many of my friends felt it too,” Hamdi, an Indonesian in Ambon, said to AFP.

An unidentified resident in Dili, the capital of East Timor, reported a “very strong, long shake,” in a remark left on the website of the European-Mediterranean Seismological Center (EMSC), a nonprofit monitoring center.

The quake caused light poles to sway and sent residents running out of buildings and onto streets in Tual, a port in the Maluku archipelago, videos posted by users on Twitter showed.

The Indonesian geophysics agency warned about a potential tsunami initially, and then lifted the warning.

The quake was felt as far as Darwin, capital of Australia’s Northern Territory, where at least 1,000 people reported it to the Australian Geoscience agency.

“Sustained vigorous shaking here in #Darwin just now from what looks to be a pretty serious #earthquake to our north,” user @OreboundImages tweeted.

“Could hear the earth rumbling,” another Darwin resident posted on the EMSC website.

“Was huge! Went on for ages, whole house was really shaking,” still another Darwin resident noted.

Video posted by Twitter users in Darwin showed water in glasses and pitchers sloshing from side to side.

Indonesia experiences frequent seismic activity due to its position on the Pacific “Ring of Fire”, where tectonic plates collide.

On November 21, a 5.6-magnitude quake hit the populous West Java province on the main island of Java, killing 602 people.

A major earthquake off Sumatra on December 26, 2004, set off an Indian Ocean tsunami that killed more than 230,000 people as far away as Sri Lanka, India and Thailand.

That powerful 9.1-magnitude quake triggered 100-foot waves that hit the shore of Banda Aceh on Sumatra.