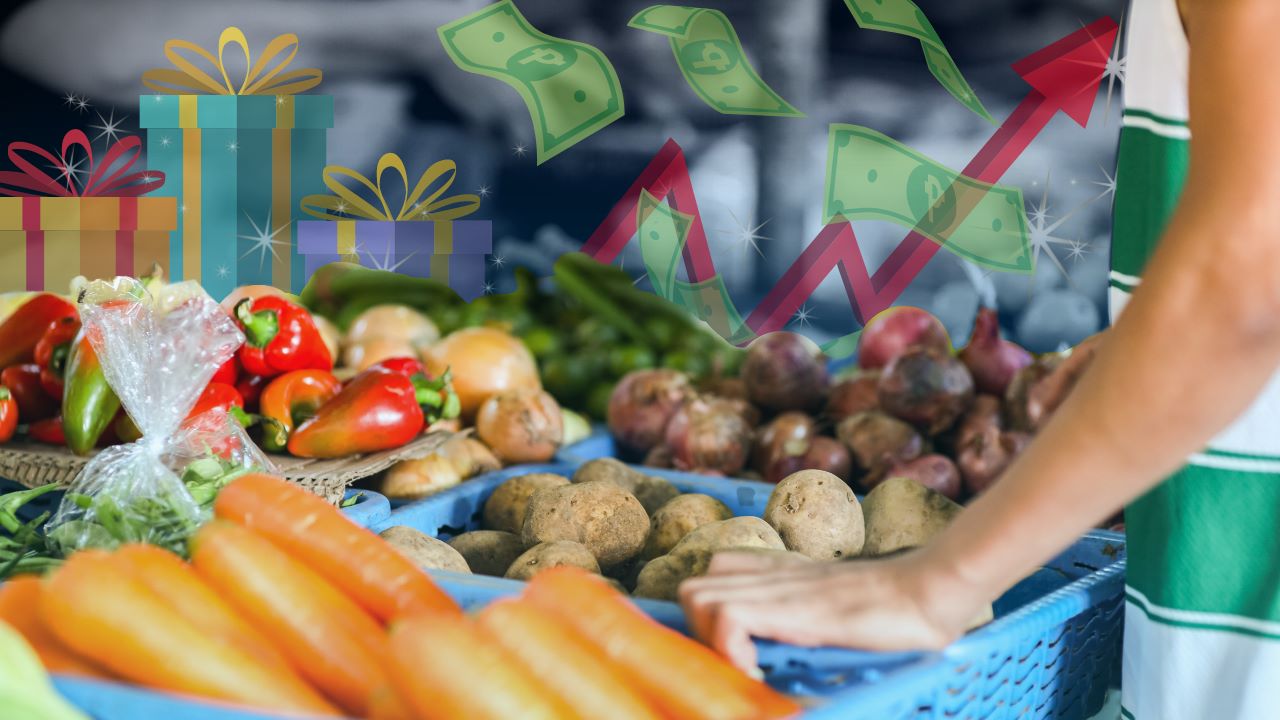 MANILA, Philippines—As COVID-related restrictions slowly ease across the globe, including in the Philippines, more people are expected to flock to malls to shop and spend money this Christmas season.

While many are undoubtedly excited for the holidays, some find this feeling overshadowed by rising costs of goods which, according to a recent study by market research company Ipsos, impacts people’s spending plans this year.

Data from the study showed that, on average, 85 percent of respondents feel excited about the holiday celebrations, and 34 percent said they are more excited than last year.

However, the study found that consumer sentiment about the holidays this year remains mixed.

Ipsos said among the top responses generated by the survey were “joyful,” “alright,” but also “anxious.”

“Retailers are also feeling the anxiety this season as they offer earlier deals, struggle to find workers, and adjust to ‘convergent commerce’,” it added.

Out of 10,000 respondents from 12 countries, Ipsos found that 87 percent feel stressed about the rising prices of goods, and 55 percent said they were even more stressed than last year.

“The consequence on holiday shopping and celebrations is apparent,” the Paris-based marketing consulting firm noted—adding that 47 percent of respondents believe that rising costs will significantly affect their holiday shopping, while 43 percent said the same for their celebrations.

Data from the study showed that 63 percent of respondents from the Philippines said their stress levels were likely to rise over price increases this year compared to last year’s end-of-year or Christmas celebrations.

At least 22 percent said the holiday stress due to rising costs would remain the same this year, and 13 percent said it would decrease. 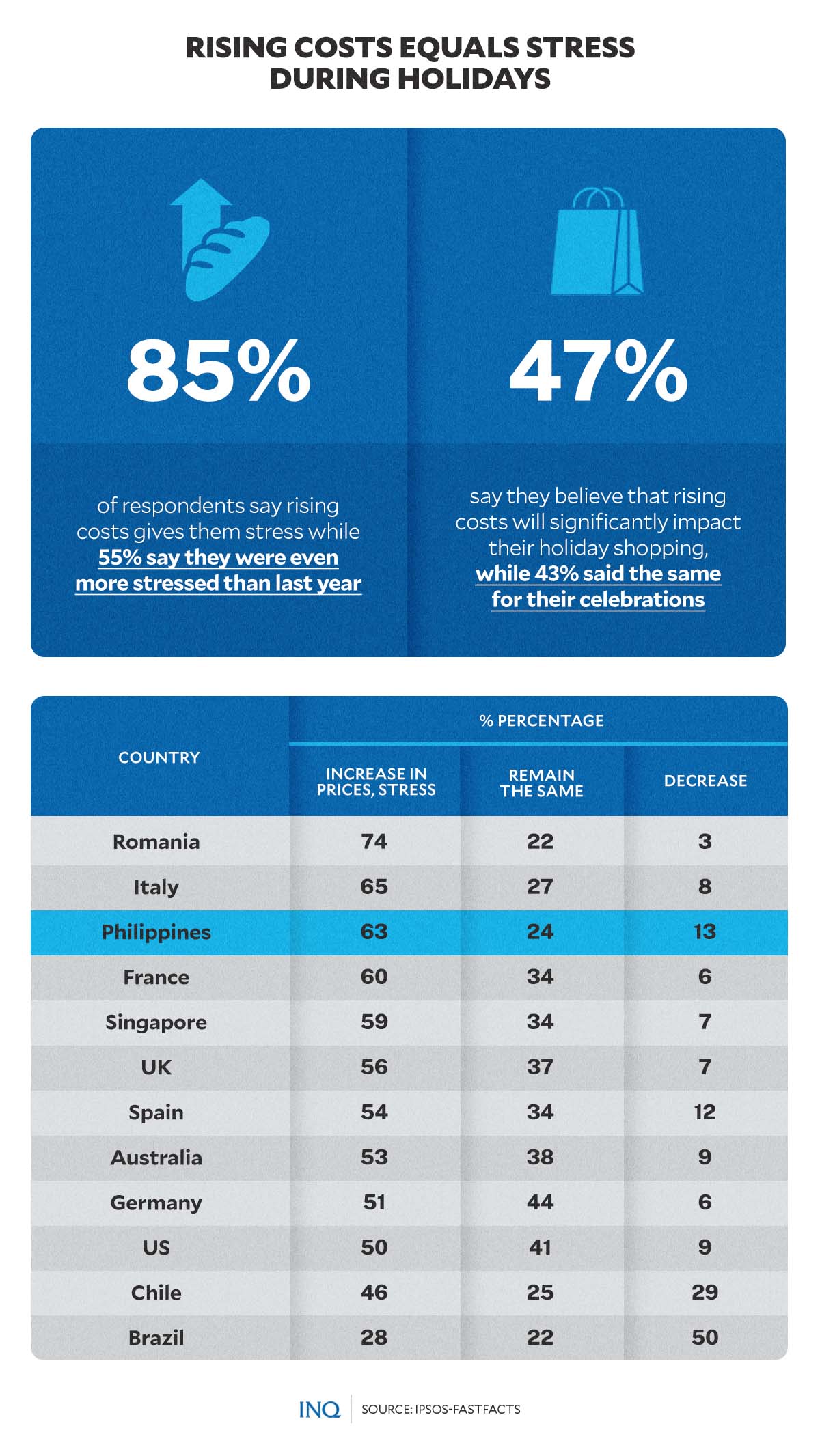 As Philippine inflation leaped to a 14-year high of 8 percent last November, many consumers became wary of the rising prices of goods during the holidays.

Last month, the Department of Trade and Industry (DTI) recorded increases in prices of some food items commonly bought during the holiday season, including ham and fruit cocktail.

In Romania, 74 percent of respondents believe holiday stress caused by rising prices would increase compared to last year—the highest among the 12 countries surveyed. 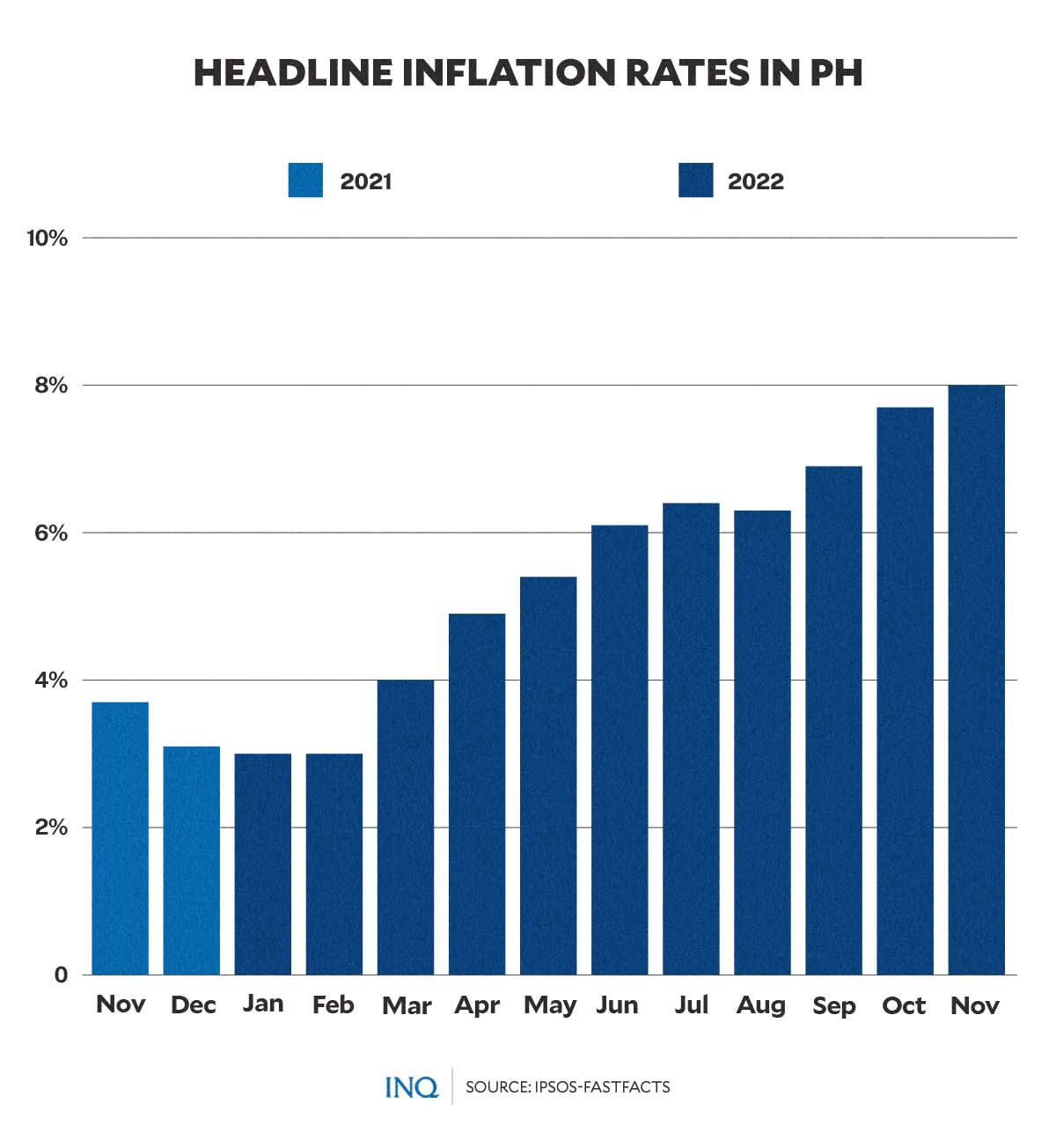 On the other hand, only 18 percent of respondents from Brazil said they would feel more stressed this holiday season, while 50 percent said their inflation-related Christmas celebrations stress would decrease this year.

Ipsos, along with Synthesio’s Artificial Intelligence (AI)-powered technology, discovered that many individuals say inflation is pushing them to change their holiday spending habits.

“On social media, conversations about inflation related to holiday shopping increased by 35 [percent] in one month,” Ipsos said.

Among the top themes in online mentions detected by Synthesio Topic Modeling were:

The study said that “compromise” might be the key word this year, as more people are forced to make budget cuts for the Christmas celebrations.

“The competition between stores and marketplaces will be quite high as people hunt for the ‘best prices’—will count on Black Friday or similar promotional days to save money,” Ipsos said.

Survey results showed that 56 percent will look for the best prices, deals, and coupons, while 33 percent will shop on Black Friday or other promotional days.

Unlike the usual spending trends during the holiday seasons, the study suggested that saving money might be the new holiday tradition among consumers across the globe.

Around 29 percent, on average, said they will reduce their holiday shopping budget this year.

“This trend is strongest in most of the European countries where many planning to spend less time shopping,” Ipsos said.

“However, for countries with most enthusiasm, the promise of celebrating in person again may (drive) shoppers to purchase more,” it added. 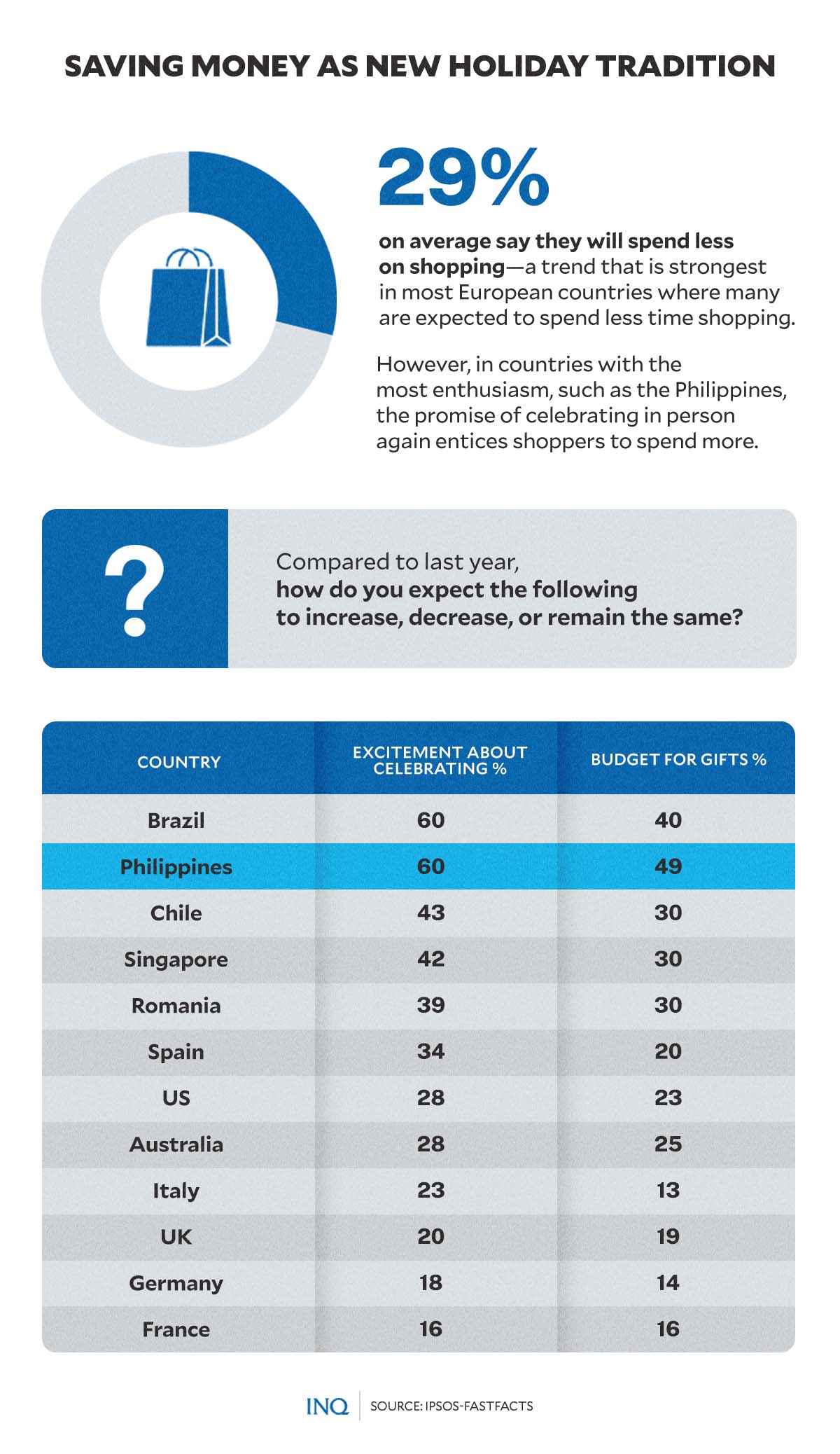 At least 60 percent of respondents from the Philippines said their excitement about celebrating the holiday season will increase this year compared to last year. At least 49 percent said their budget for gifts will also increase.

“Still, the study stressed that many people will continue to celebrate and buy presents amid increasing costs of goods,” it said.

“For many, the party must go on! Inflation will not impact their enthusiasm about celebrating. People will continue to celebrate and buy presents even if they have to make some compromises,” it added.