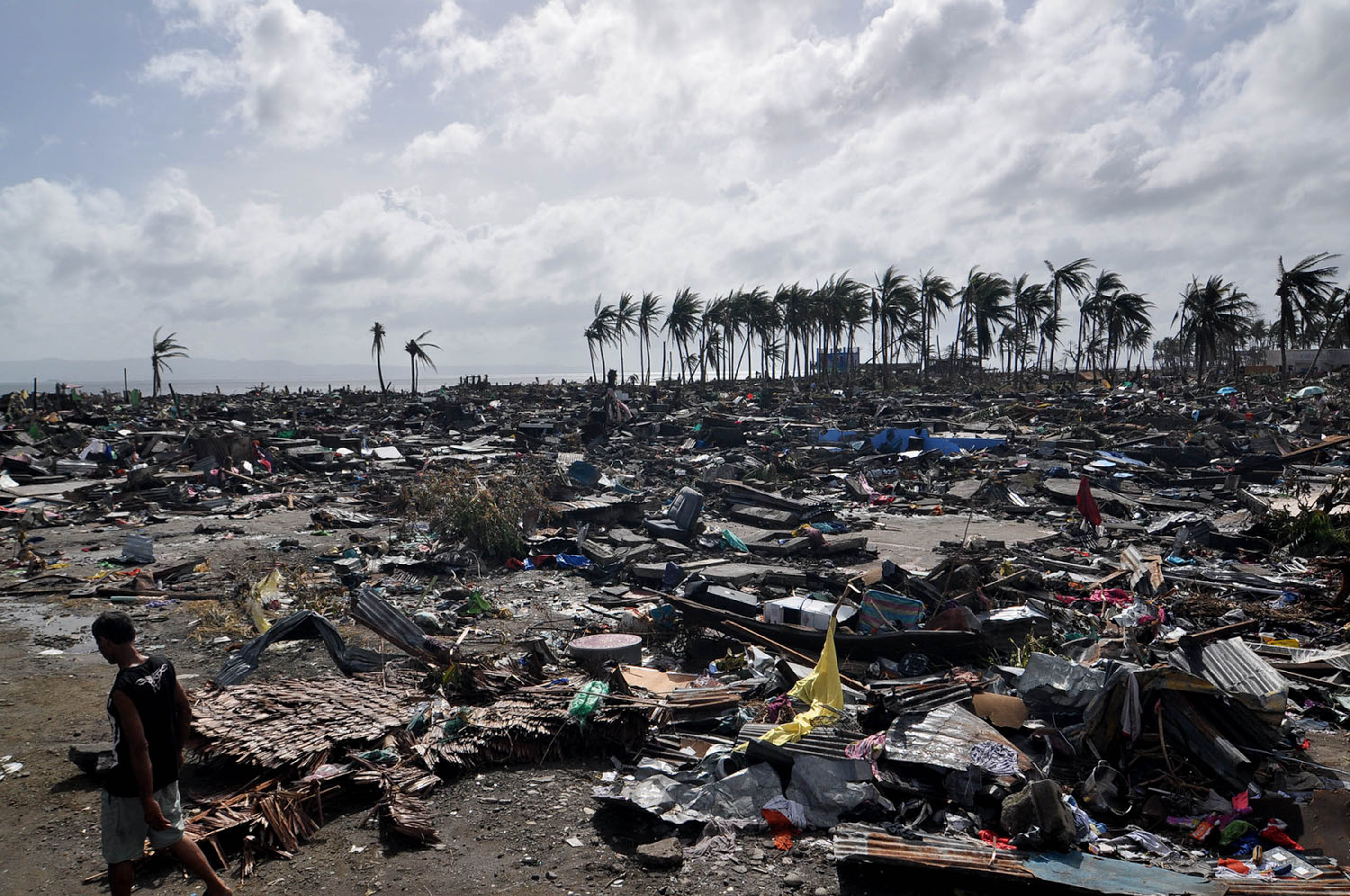 FLATTENED AND DEVASTATED. Eastern Visayas took the brunt of Yolanda in November 2013, wiping out communities and taking lives in just a few hours. FILE PHOTO FROM PHILIPPINE DAILY INQUIRER

A new report by the Department of the Interior and Local Government (DILG) and the United Nations Development Programme (UNDP) in the Philippines noted that the current policy, systems and procedures of the government in dealing with crisis, such as climate-induced disasters, are “falling short of what needs to be done in a rapidly evolving environment.”

The report noted that because of the ruling, more fiscal resources are expected to be downloaded from national to local governments, but the transition “will occur amid the prevailing need to equip [local government units] to address crises at the local level.”

A chapter on climate, environment and conflict noted a lack of preparation or mitigation measures of local governments for some human-induced disasters.

“While the climate and environmental disasters may have been triggered by natural hazard sources, these events need not necessarily translate to disasters if the proper responses are made in a timely manner,” the report noted.

It cited Supertyphoon “Yolanda” (international name: Haiyan) in 2013 as an example of a phenomenon “when preparations were underestimated,” leading to billions of losses in livelihood and agriculture.

The report noted that the current national crisis management paradigm reflects a “corporate approach” that does not cater to “a rapidly evolving environment, especially in the threat assessment stage.”

With the Mandanas ruling in place, the report advised the national government to set “methodological standards” on risk assessment, response planning, management and monitoring of the crisis, as well as mitigating impacts and crafting a realistic recovery plan nationwide.