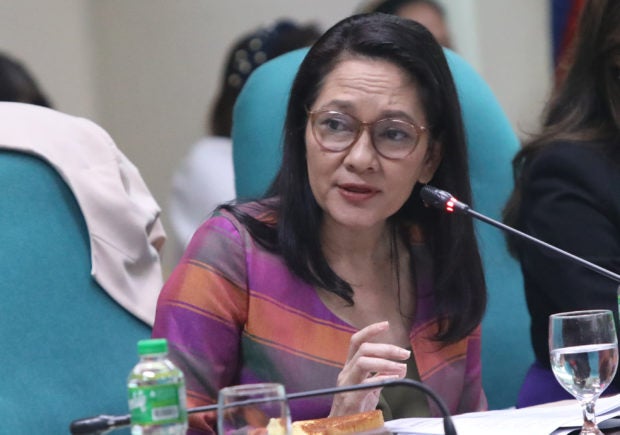 MANILA, Philippines — In a scathing rebuke, Sen. Risa Hontiveros said on Thursday that the country could not afford a sovereign wealth fund, calling it unnecessary, unaffordable and wasteful.

Hontiveros made the statement after Marikina 2nd District Rep. Stella Quimbo announced that the Government Service Insurance System (GSIS) and the Social Security System (SSS) would no longer be the financial sources for the proposed Maharlika Investment Fund (MIF).

“It is only a matter of time before this trial balloon completely loses air because, as this retraction shows, we don’t need and can’t afford a sovereign wealth fund,” Hontiveros stated.

According to Hontiveros, the bill needs deliberation from both chambers of Congress. They must analyze if the Land Bank, Development Bank of the Philippines (DBP) and the Banko Sentral ng Pilipinas (BSP) are “enough” to source the fund.

(They said that the Land Bank would be aggressive regarding the private sector investments in value chains that will benefit the agrarian reform beneficiaries, who are deeply buried in debt. They also said that the DBP would lead in addressing the fast-rising prices of items by industrialization and import substitution).

Hontiveros also recounted the Finance Secretary’s statement that the BSP will release foreign reserves if there is an attack on the Philippine Peso.

(Where will they pick these promises up? Now that the nation is listening, that is when they will execute the Maharlika Fund bill’s provision little by little. Do not waste time and trust of the Filipinos).

The senator has previously criticized the bill, saying that it revived the mythmaking legacies of late former president Ferdinand Marcos Sr.’s Martial Law “to the detriment of accountability for human rights violations and plunder of the past.”

(Thank goodness and in a way, the Maharlika Bill’s proponents became somewhat conscious).