Cayetano to DOTr chief Bautista: Have we learned from Metro Manila mistakes? 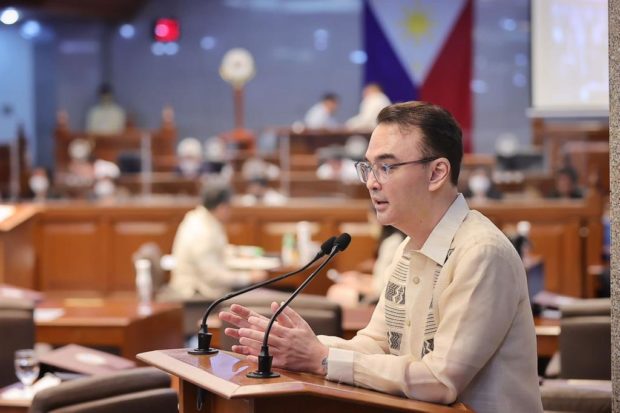 Let’s learn from our mistakes.

This was Senator Alan Peter Cayetano’s advice to ad interim Transport Secretary Jaime Bautista during his confirmation hearing on Wednesday, December 7, by the Commission on Appointments (CA).

During an often tense exchange, Cayetano asked Bautista if the Department of Transportation (DOTr) compiles the government’s mistakes in transportation in Metro Manila.

He said such a compilation would help avoid the same mistakes in cities that would be developed in the future.

“I was wondering as an institution sa DOTr, do you take note of the mistakes that they did in Metro Manila rather than just try to correct these? Para sa planning ninyo sa ibang lugar hindi na ito maulit,” the senator said.

Cayetano said he has been visiting Cebu since his youth and has seen it transform from having just a few resorts to a major tourism hub.

Bautista replied that the DOTr has a list of these problems and mistakes that will be used in the strategic planning the department is holding starting Thursday, December 8.

Cayetano said the CA would be “very interested” to study the planning findings to understand how the DOTr plans to avoid Metro Manila’s blunders.

The senator cited the Department of Public Works and Highways (DPWH) budget, which has an allocation for the convergence of airports and seaports but only for roads that can be used just by those who have private vehicles and not by the general public.

Cayetano said the DOTr must also be ready for the heavy traffic that results from successful economic activity and which mainly affects the working people.

“I’m quite happy with the economic numbers and projections and I’m hoping this administration will be successful, but isang byproduct kasi ng successful economic activity is traffic. And it’s not ordinary traffic na nasa kotse ka, nagda-drive, it’s really the commuter not being able to get from point A to point B safely or comfortably,” he said.

Cayetano said while the current situation is not Bautista’s fault, “it will be your fault if it happens in the cities we are developing.”

He advised Bautista, who served as president and chief operating officer of Philippine Airlines for many years, to effect change in the government and not the other way around.