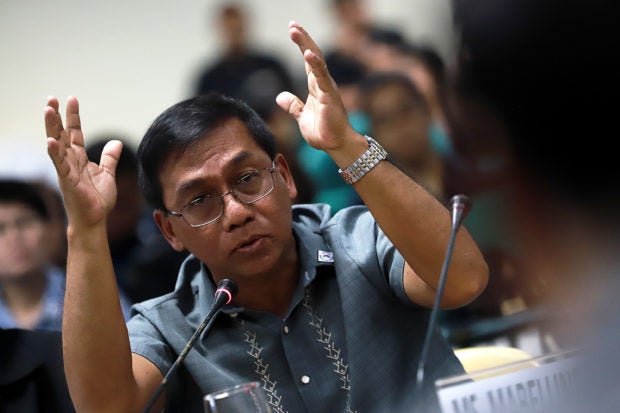 MANILA,  Philippines — Under scrutiny by the powerful Commission on Appointments (CA), the head of the Department of Science and Technology (DOST) had to answer various questions — from his favorite movies to ways on how to stop volcanic eruptions.

Curious members  of the  CA combed through DOST’s Renato Solidum’s profile  and background as he faced the  CA’s committee on science and technology on Wednesday.

(Just out of curiosity, I only want to ask about the material used in a rocket that can [withstand] the heat in going to the moon or to whatever exploration. Can we use that material to make a hole to release the lava from volcano and stop its eruption?)

(Is there a study on it? I’m so curious because imagine that material does not melt. Hot or cold, the rocket can travel back and forth. Can we try it on a volcano, make a hole to release the lava so the volcano will not erupt.)

Solidum explained there is no assurance that the proposed  idea could stop volcanic eruptions, even warning of  the risks of doing  it.

“A volcano will erupt if there is too much pressure and high temperature…” he said, adding that the energy below the  volcano or the magma “is so much more enormous than whatever trigger we want to do.”

Romualdo was just following the lead of  Sagip Rep. Rodante Marcoleta, who first asked about the food that astronauts eat  when they are out in space.

Marcoleta noted that astronauts  survive even without cooking in space so he wondered if the  same food or a food pill could be invented for the poorest Filipinos.

“Just to know the character of  the person, my colleagues might laugh again, but this is  in relation to your fitness.  Your hobby is watching  Netflix…My question is, what is your favorite movies in Netflix?” Villafuerte asked.

When Solidum said he was into investigative series, Villafuerte commented that the nominee should have been  in the cyberlab section of the Philippine National Police (PNP).

Senator  Grace   Poe   interjected,  saying: “I think many of us, although we like our jobs, when we go home, we like to watch something that is a little bit different from what we do.”