MANILA, Philippines — A 5.3-magnitude earthquake shook Camarines Norte on Wednesday afternoon, which was also felt in some parts of Metro Manila.

In its quake bulletin, the Philippine Institute of Volcanology and Seismology (Phivolcs) said the quake hit 19 kilometers northeast of Tinaga Island, Camarinest Norte, at 1:05 p.m. It had a depth of only one kilometer. 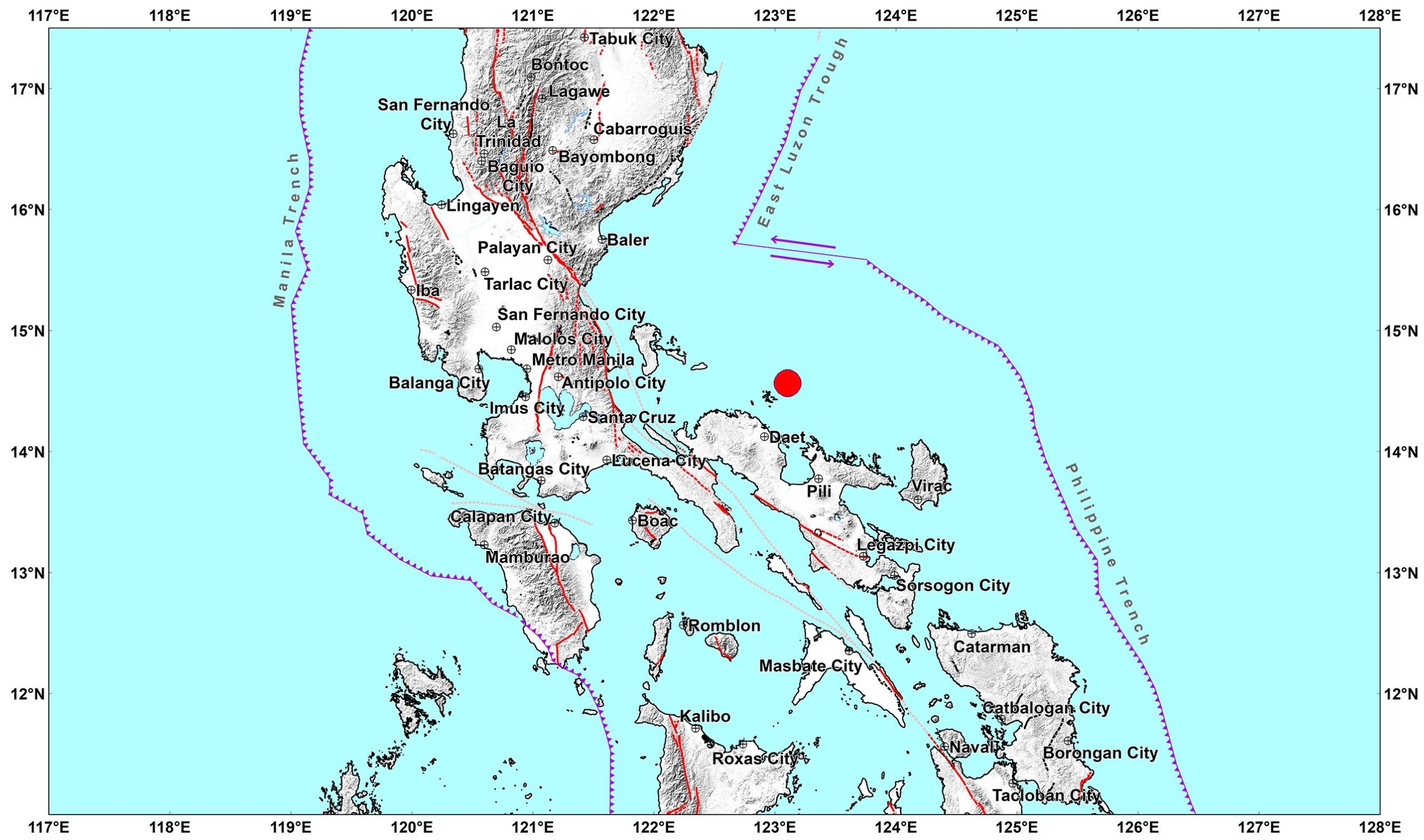 In a separate interview, Department of Science and Technology Secretary Renato Solidum, who served as Phivolcs chief, said Intensity V was felt in Mercedes, Jose Panganiban in Camarines Norte.

Intensity III was also recorded in Manila and in Pasay City, he said.

(Here in Manila, in Pasay, an Intensity III was registered although those who were on higher levels in buildings felt it more strongly.)

“I don’t think there will be damage on intensities 5 or lower,” Solidum added.

Other intensities felt are as follows, according to the Phivolcs bulletin:

Phivolcs said aftershocks can be expected from the earthquake but these will not cause damage.