Aquino to do what’s right on coco levy funds–Palace 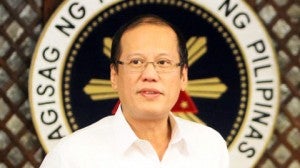 President Benigno Aquino III will decide based on “what is right for the people” the disposition of the coco levy funds.

“Every action that the President has taken is really for the people. That’s the reason why P-Noy (Aquino) is there,” said deputy presidential spokesperson Abigail Valte, dismissing allegations by a farmers’ group that Mr. Aquino was poised to enter into a compromise agreement with his uncle, businessman Eduardo “Danding”  Cojuangco, over the disputed funds and the assets that were acquired with them.

“Many such stories have been coming out but rest assured, the government will do what is right for the people,” Valte told  state-run dzRB radio.

“The President will always do what is right for the people,” she said.

The Kilusang Magbubukid ng Pilipinas (KMP) has challenged the President to reveal what his plans are for the coconut levy funds, particularly with the 24-percent block of San Miguel Corp. (SMC) shares bought with the funds, after the United Coconut Planters Bank (UCPB) and United Coconut Planters Life Assurance Corp. laid a P15-billion claim on the shares.

The 24-percent block of SMC shares—originally 27 percent but later diluted because of the SMC equity increase—is part of a bigger block of 47 percent SMC shares that the Presidential Commission on Good Government (PCGG) sequestered in 1986 for allegedly having been acquired illegally through the use of coco levy funds by the late dictator Ferdinand Marcos’ cronies, principally Cojuangco who was made administrator of the levy by the dictator.

Cojuangco claimed to personally own the remaining 20-percent block, comprising 400,000 shares, which the PCGG had contested in court. (During the Estrada presidency, Cojuangco acquired voting control of the shares, paving the way for his election as chairman of SMC.)

The PCGG claimed that Cojuangco and his associates had used the levy funds to acquire the UCPB, which became a depositary of the levy funds, buy the shares in SMC, create the Coconut Industry Investment Fund (CIIF) and 14 holding companies, acquire six oil mills, among many alleged schemes.

Petitioner PCGG claimed that Cojuangco, in violation of fiduciary trust, borrowed funds from UCPB, of which he was the president, and the six oil mills to purchase 20 percent of the SMC stocks in 1983.

The Supreme Court awarded the 24-percent SMC shares to the government for the benefit of the country’s coconut farmers but in an April 12, 2011 decision, the high court gave Cojuangco the 20-percent block, saying the businessman was not a Marcos crony and that he did not use the levy funds to buy the shares.

Hoping that the high court decision on the Cojuangco shares can still be reversed, coconut farmers are resolved to bombard the Supreme Court with letters to reconsider the ruling, which became final and executory this week.

Kompra and BCPAI belong to a group of coconut farmers fighting for the transfer of coco levy funds to the rightful owners—the coconut farmers who paid the forced tax that Marcos levied on the industry for nine years.

They had filed with the high court a motion to intervene in the case filed by PCGG and farmers groups represented by former Senators Jovito Salonga and Wigberto Tañada, but the motion remains pending.

Colmenares urged other coconut farmers to write letters and petitions to the high court justices, so that the high tribunal would “consider the plight and anguish of the sector.”

Willy Marbella, KMP deputy secretary general, has called on coconut farmers across the country to escalate protest actions against Mr. Aquino and Cojuangco whom he accuses of “ganging up against small coconut farmers” on the coco levy funds.

“It is the duty of small coconut farmers themselves to launch struggles for the recovery of the coco levy funds and assets, directed against Aquino and Danding (Cojuangco), that is closely linked to the struggle against the monopoly of vast tracts of coco lands by big landlords, the onerous resicada system, and other forms of landlord and state exploitation. No ifs, no buts,” Marbella said.

Marbella, a coconut farmer from Bicol, said the heightened protest actions aim to expose the “conspiracy between Aquino and Cojuangco in the continuing commission of plunder over the funds and blatant injustice to small coconut farmers”.

He said Cojuangco’s support for Mr. Aquino in the latter’s 2010 presidential candidacy had political and economic quid pro quos that included compromises and concessions over the coco levy funds.

“Obviously, the two factions of the Cojuangcos who had previously estranged relations are ganging up against us,” said Marbella.

Marbella, who is also the spokesperson of Kaisahang Pambansa ng mga Magsasaka sa Koprahan (Koprahan), said Aquino’s silence on the coconut levy issue does not mean that the President is “Noynoying,” or doing nothing over the issue.

“In fact, Aquino is maliciously toying with small coconut farmers’ money,” he said.

Kilayko and Jardeleza were both associated with SMC which is chaired by Cojuangco. Jardeleza was the former SMC senior vice president and general counsel while Kilayko once headed the SMC real estate unit and vice chairman of Bank of Commerce when the SMC group took over a controlling stake in the bank.

Marbella said they also believed that the creation of the Task Force Coco Levy, which includes the National Anti-Poverty Commission (NAPC), was meant to make use of the coco funds for government programs like the conditional cash transfers.

“The NAPC has no business over the coco levy funds unless they are up to something against the will of the real owners of the funds,” Marbella said.

Colmenares has called on Congress to fast-track the passage of House Bill No. 3443, or the Genuine Small Coconut Farmers’ Trust Fund, which seeks to transform all government shares at SMC into a trust fund.

He said that the measure, if enacted, would allow “the coconut farmers themselves and their organizations (to) administer the coco levy funds to ensure that it is those who were supposed to benefit from the funds are their recipients.”

Senate President Juan Ponce Enrile has filed a similar bill, Senate Bill No. 2978 which seeks to declare the 27-percent (reduced to 24-percent) block of SMC shares awarded to the government as public funds because it was bought with the levy funds, and to be placed in a Coconut Farmers Trust Fund.

“(The) 27-percent share, once this bill is enacted into law, will form part of the initial capital of the fund,” Enrile said.

This block of shares has been designated the SMC-CIIF block because it was acquired under the CIIF in an elaborate scheme that included the formation of 14 holding companies arranged by Cojuangco’s Accra lawyers.