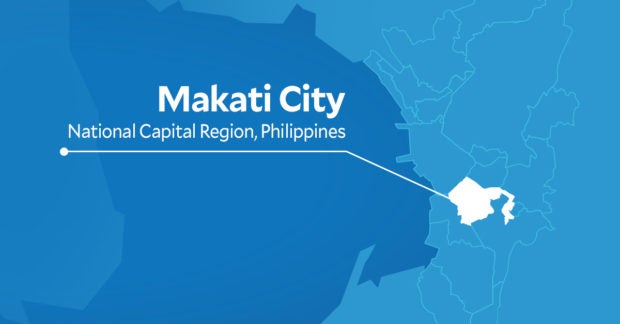 MANILA, Philippines – Colegio San Agustin (CSA) Makati on Tuesday said it has launched an investigation into the “fighting incident” between two ninth grade students in the boys’ comfort room.

The school’s statement came after a viral Twitter thread by @G9CSAracist surfaced had earlier surfaced, narrating the incident and unveiling a video that showed the supposed clash between two students, which resulted in one of them lying on the floor — seemingly unconscious with his head bloodied.

CSA Makati Rector Fr. Dante Bendoy confirmed that one of the school guards was requested to respond to an “alleged accident in the boys’ comfort room” on Monday morning.

According to Bendoy, the school’s coordinator for campus discipline, safety and security then found out that it was not an accident but instead, a “fighting incident involving Grade 9 students.”

“This is to assure everyone that the school is taking the matter seriously and has since launched an ongoing investigation,” he said. “The discipline group of the high school department has been convened and has been conducting inquiries and is in direct communication with the students involved and their parents immediately after the incident.”

While he said that the school is addressing the matter “with extreme urgency and importance,” Bendoy sounded the call for the public “to be mindful of consequences of sharing videos or photos on social media involving the minor students and avoid encouraging more acts of violence.”

“The school does not tolerate or condone violence,” he stressed, citing the school’s policies and guidelines to safeguard students from bullying.

Official Statement of CSA regarding the Fighting Incident on December 5, 2022

Michael Poa, the spokesperson for the Department of Education (DepEd), told INQUIRER.net that the department only has “reasonable supervision and regulation” over the incident since CSA Makati is a private school.

But despite this, he said DepEd has instructed its Schools Division Office to coordinate with the school regarding the matter.

“We were informed that an investigation on the matter is already being conducted by school officials. We shall continue to monitor the developments,” Poa said in a text message.

As mandated by Republic Act 10627, or the Anti-Bullying Act of 2013, all elementary and secondary schools are required to adopt policies that prohibit bullying of any kind and retaliation against any individual who reports such incidents.

Meanwhile, a proposed measure seeking to penalize people of legal age, proven to have been bullying people in school, workplaces, or even on the internet, has been filed before the House of Representatives in the 19th Congress.

Your subscription could not be saved. Please try again.
Your subscription has been successful.
Read Next
Marcos: Joint order on farm-to-market roads to be signed in December
EDITORS' PICK
Omega Speedmaster super racing: Tiny device massive change
Fuel price rollback expected on Feb 7
House energy committee chair Arroyo bats for cheap electricity
Philippine-United States alliance ‘rock solid’ — DFA
Makabayan bloc blasts bid to expand US access to more military bases in PH
vivo Philippines offers a free bouquet of flowers and a premium necklace perfect for Valentine’s Day
MOST READ
Vice Ganda gets called out for ‘unfair treatment’ of ‘It’s Showtime’ co-host Karylle
Fuel price rollback expected on Feb 7
Kris Aquino gets ‘renewed confidence’ after consultation with new doctor: ‘I have a strong chance of getting better’
Pentagon tracking Chinese spy balloon over US
Don't miss out on the latest news and information.