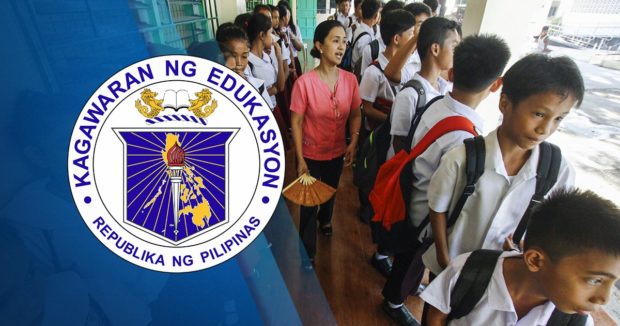 MANILA, Philippines — The Commission on Human Rights (CHR) and the Council for the Welfare of Children (CWC) are calling on schools around the country to fully enforce the Anti-Bullying Act following viral videos showing alleged bullying by an Ateneo Junior High School student that triggered outrage.

CWC, an interagency body that coordinates the enforcement of laws for the rights and welfare of children, said in a statement on Friday that Ateneo should thoroughly investigate the alleged bullying to root out “the underlying reasons of the act committed by a child.”

“Studies show that experiencing or being exposed to violence increases the risk that an individual will use violence against their partners, peers, family members and other people, creating an unending cycle of violence. This must be stopped,” said CWC Executive Director Mary Mitzi Cajayon-Uy.

‘Not a simple issue’

In a separate statement, the CHR said bullying was “not a simple issue” that involved only the victim and his or her family.

“Intervention of school officials, especially if the bullying incident transpires in the school premises, is needed to adequately address and if possible, to eliminate the same,” it said.

Bullying could be prevented through continuous education, support and intervention by school officials, it added.

The CHR reminded schools of their “vital role” to enforce the Anti-Bullying Act as they were the primary institutions responsible for protecting and educating the children on bullying.

It added that “definite and clear procedures and mechanisms” on dealing with bullying would greatly help those involved, it added.

Both the CWC and the CHR said the privacy of minors involved in bullying should be protected.

Cajayon-Uy said both the bully and his victim should be protected from “cyberbullying.”

The CWC vowed to work closely with the Department of Education (DepEd), a member of the CWC board, to strengthen antibullying policies in schools.

Under DepEd Order No. 40 s. 2012, or the Child Protection Policy, schools should have “zero tolerance” for any form of violence against children, and each public and private school should establish a child protection committee.

Congress passed the Anti-Bullying Act in 2013 to institutionalize programs to prevent bullying in schools and develop psychosocial interventions for both victims and bullies.

The DepEd said schools that failed to comply with the law’s requirements would be penalized.

“The department also encourages learners who experience or witness bullying, abuse, or retaliation to speak up and report verified incidents to their peers, parents, teachers and the appropriate authorities for proper intervention,” DepEd officials said in a statement.

Data from the National Baseline Study on Violence against Children show that peer violence in the form of bullying has been experienced by 3 out of 5 Filipino children.

Peer violence is commonly perpetrated by schoolmates and close friends, and can have physical and psychological effects on the child who has been bullied, the child who committed the bullying and those who have witnessed it, according to Save the Children Philippines.

Human Rights Watch (HRW) noted in a 2017 study that Filipino students experienced bullying and discrimination in school because of their sexual orientation and gender identity.

“While Philippine law provides protection against discrimination and exclusion in schools, lawmakers and school administrators need to take steps to ensure they are fully implemented,” HRW said in the report.

In a video that began circulating on the internet on Wednesday, the alleged bully, taekwondo medalist Joaquin Montes, is shown punching and kicking a student inside the boys’ toilet, bloodying the student’s nose.

A second video shows Montes beating into submission a student, and a third shows him forcing another student to kneel and touch his shoe to avoid a beating in the presence of many other students in what appeared to be the school cafeteria.

On Friday night, he said the Ateneo Junior High School committee on discipline had met and heard the parties involved in one incident.

“The case shall be decided soonest, and this decision shared with the community,” Villarin said. /lb /pdi