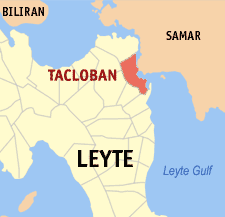 TACLOBAN CITY — The city government here will be constructing a five-story condominium-type building for working individuals who don’t have houses of their own.

Tedence Jopson, community development officer of the City Housing and Community Development Office, said that the structure will be built in Barangay Cabalawan, which is located in the northern portion of the city center.

He said even non-residents of Tacloban may file an application to own a unit.

“We are a growing population being the regional center and we have big establishments here in the city which need people and these people need a place to stay,” he said.

For one to avail of the housing project of the city government, Jopson said one must be a member of the Pag-Ibig Fund for them to be able to pay the amortization.

Jopson said the four-hectare housing project will be solar-powered, with its own waste disposal treatment facility, rain harvesting facility, and open space for parking and a park.

It was learned that the project is expected to start next year as the city government is still in the midst of seeking needed documents.

The city government also plans to build at least 1,000 housing units intended for ordinary families who have no house of their own.

The housing project is also expected to commence next year to be located in the northern villages of the city where families whose houses were destroyed due to the onslaught of Super Typhoon “Yolanda” were relocated and given their own houses by the government.