2022: a year of living dangerously 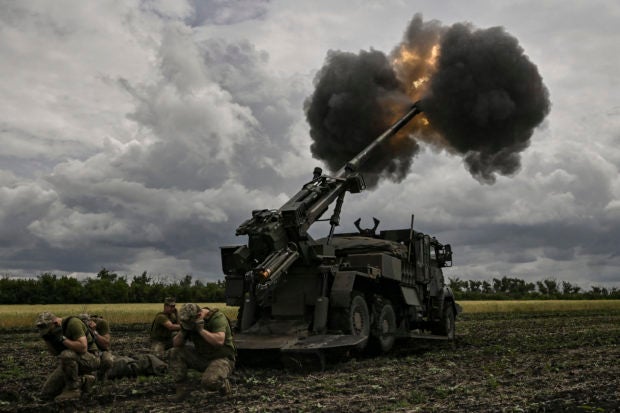 Ukrainian servicemen fire with a French self-propelled 155 mm/52-calibre gun Caesar towards Russian positions at a front line in the eastern Ukrainian region of Donbas on June 15, 2022. AFP FILE PHOTO

PARIS — From the Russian invasion of Ukraine to the overturning of abortion laws in the United States, here is a roundup of the biggest events to mark 2022.

Russian President Vladimir Putin launches the biggest invasion in Europe since World War II when he sends troops into Ukraine on February 24 to “demilitarize and de-Nazify” the country, causing millions of Ukrainians to flee abroad.

The West imposes unprecedented sanctions on Moscow and sends billions of dollars in aid to Ukraine, which repels Putin’s bid to capture the capital, Kyiv, and topple the government of President Volodymyr Zelensky.

In the south, however, Russian forces capture most of Ukraine’s Black Sea coastline, including the port of Mariupol, which is destroyed in a three-month siege.

In April, Russian forces are accused of massacring scores of civilians in the Kyiv suburb of Bucha.

By September, Ukrainian forces are regaining ground in the northeast and south. Putin hastily annexes four Russian-controlled regions, a move condemned as illegal by the United Nations.

In November, Ukrainian forces chalk up their biggest victory yet when Russian forces retreat from the southern port of Kherson, ending an eight-month occupation. 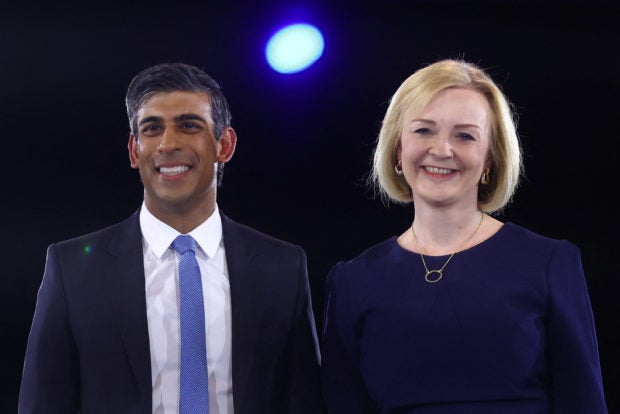 Britain gets its fifth conservative prime minister in six years.

Rishi Sunak takes office in October after his tax-cutting predecessor Liz Truss self-combusts in just 44 days — the shortest-ever tenure for a British leader.

Truss’s lightning fall from grace, sparked by a disastrous mini budget, caps a tumultuous 2022 in Britain. The year is marked by the death of its longest-serving monarch, Queen Elizabeth II, at the age of 96 and the forced resignation of Brexiteer premier Boris Johnson after a series of scandals. 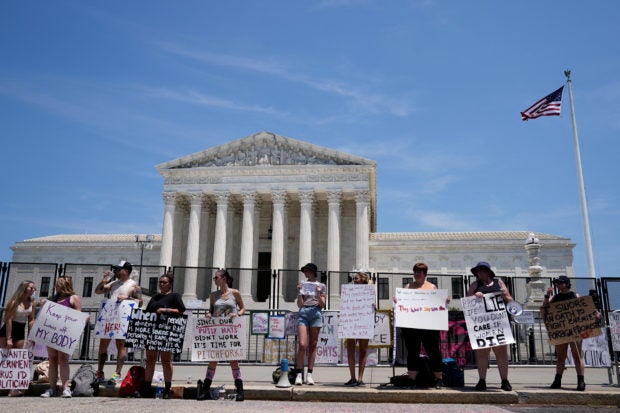 The US Supreme Court causes global shockwaves in June when it overturns its landmark 1973 “Roe v Wade” decision enshrining access to abortions nationwide.

Following the ruling, abortion bans are brought in by Republicans in 16 US states, home to 26.5 million women.

There are smaller than expected gains for Donald Trump loyalists in the Republican camp, as US voters in several states side with candidates advocating access to abortion. Trump nonetheless announces he will stand again for president in 2024. 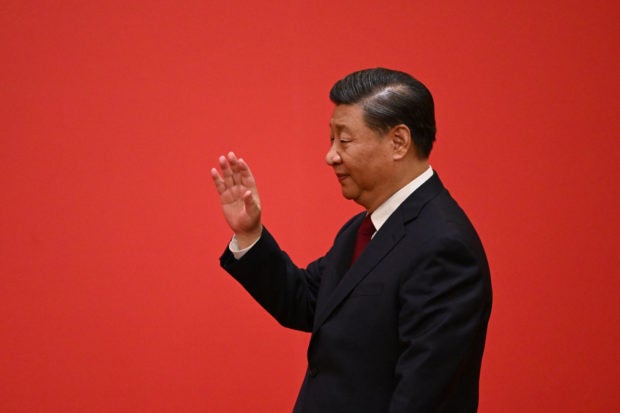 China’s President Xi Jinping waves as he arrives with members of the Chinese Communist Party’s new Politburo Standing Committee, the nation’s top decision-making body, as they meet the media in the Great Hall of the People in Beijing on October 23, 2022. AFP

President Xi Jinping cements his control at the helm of China after winning a historic third term in November as leader the world’s second-largest economy.

But the Chinese lose patience with the snap lockdowns, mass testing and curbs on movement occasioned by his signature zero-Covid strategy.

Thousands of people take part in several days of protests against the restrictions in Beijing, Guangzhou, Shanghai, Urumqi, Wuhan and other cities. Some even dare to call for Xi’s resignation. 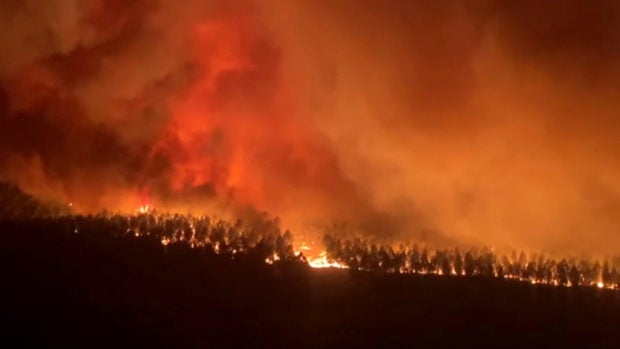 Flames engulf trees during a fire in Hostens, as wildfires continue to spread in the Gironde region of southwestern France, in this screen grab taken from a handout video August 9, 2022. Sdis33 via Facebook/ Handout via REUTERS

Europe swelters through the hottest summer in its recorded history, with the mercury topping 40 degrees Celsius (104 degrees Fahrenheit) for the first time in Britain.

Parts of the Arctic and Antarctic, China and the US also experience record temperatures.

Flooding in Pakistan affects vast swathes of the country, Nigeria suffers its worst floods in a decade and parts of drought-hit Somalia face the threat of famine.

At the United Nations climate summit in Egypt (COP27), developing nations finally succeed in getting wealthy polluters to agree to pay into a “loss and damage” fund to compensate poorer countries for climate damage. 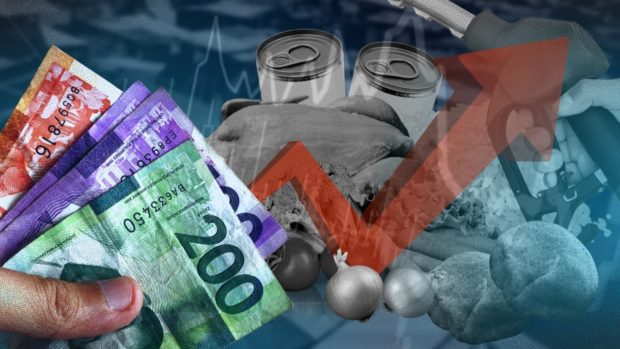 The invasion of Ukraine and resulting sanctions on Russia create an energy crisis of a magnitude unseen in half a century, with costs for gas and electricity soaring globally.

Britain sees its energy bills double over the space of a year. Soaring energy prices are also a factor in Sri Lanka’s cost-of-living crisis, which in August forces then-president Gotabaya Rajapaksa to flee abroad. 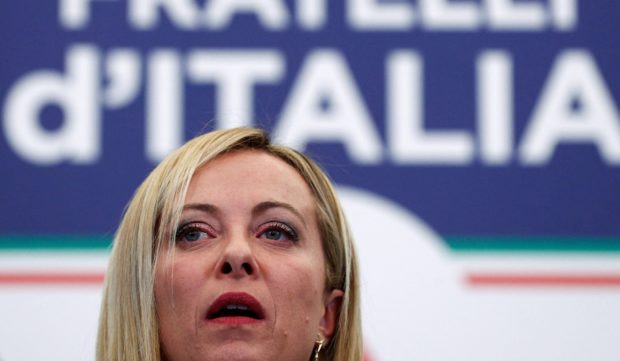 Far-right on the march

The anti-immigration Sweden Democrats are the big winners of a general election that brings conservatives to power in that country.

In France, a surge by both the far right and hard left strips centre-right President Emmanuel Macron of his parliamentary majority.

But in Latin America, the right is in decline. 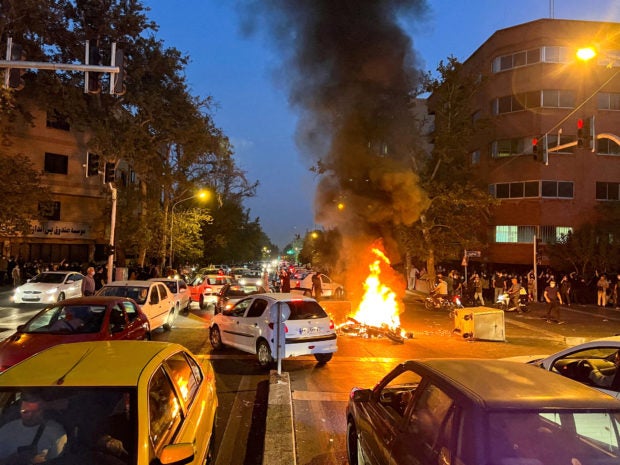 FILE PHOTO: A police motorcycle burns during a protest over the death of Mahsa Amini, a woman who died after being arrested by the Islamic republic’s “morality police,” in Tehran, Iran September 19, 2022. WANA (West Asia News Agency) via REUTERS

In Iran, the death of 22-year-old Mahsa Amini following her arrest for alleged violations of the country’s Islamic dress code sparks the biggest protests in years.

On the street and on social media women and girls defiantly remove their headscarves in an unprecedented challenge to the country’s clerical leadership.

Iran seeks to quell the protests by sentencing some of the protesters to death.

Over 300 people have been killed in the unrest, the authorities said on November 29.

A truck, carrying grains to Tigray and belonging to the World Food Program (WFP), burns out on a route 80 kilometers from the Semera, Ethiopia, on June 10, 2022. AFP FILE PHOTO

After two years of conflict that have killed untold numbers of civilians and led to near-famine conditions in Tigray, Ethiopia’s government and Tigrayan rebels agree on a landmark peace deal.

The agreement allows critical humanitarian aid to resume to the northern region. 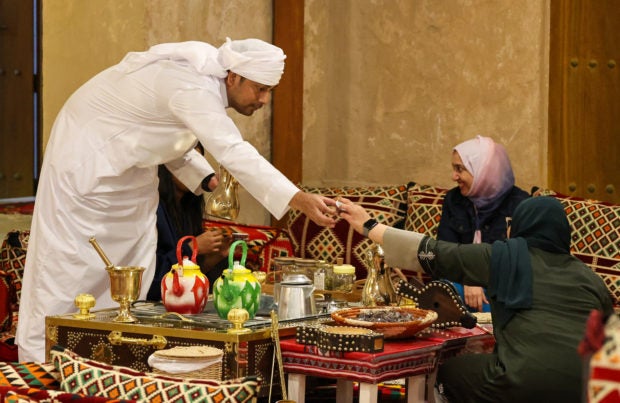 Visitors are served traditional “gahwa”, prepared by roasting coffee beans then boiling them with cardamom and saffron, at Embrace Doha cultural house in souq al-Wakrah, south of the capital Doha, on September 13, 2022. AFP

World Cup in the desert

Some fans boycott the tournament in Qatar over concerns about human rights and the high number of deaths among migrant workers involved in constructing eight new stadiums.

The decision by the conservative Islamic kingdom to ban alcohol from the stadiums also leaves a bitter taste but as the tournament progresses, the attention shifts to the on-pitch drama.