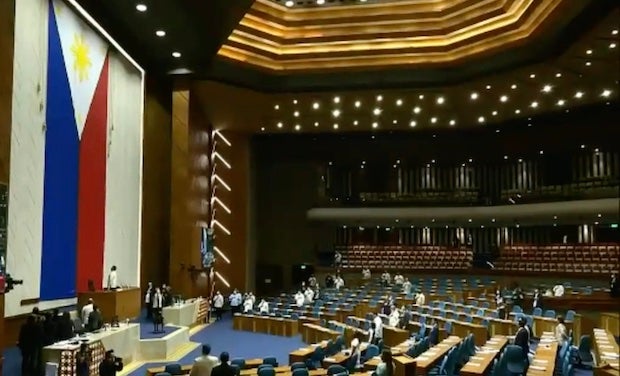 MANILA, Philippines — Senior Deputy Minority Leader Paul Daza on Sunday asked the leadership of the House of Representatives to slow down and further deliberate on the proposed creation of the Maharlika sovereign wealth fund.

ACT Teachers party list Rep. France Castro also expressed concern that Monday’s “public consultation/hearing” would just be a briefing, and not really consider the people’s pulse on the matter, with the House leadership set on approving House Bill No. 6398, or the Maharlika Investments Fund Act, by Dec. 12—just two weeks since it was filed by Speaker Martin Romualdez and six other lawmakers on Nov. 28.

Daza told the Inquirer on Sunday, “I am requesting that the Speaker and my colleagues spend more time deliberating the bill and not fast-track it as it is a major legislation with a large amount,” pointing out that the fund, sourced primarily from the state-owned Government Service Insurance System (GSIS), Social Security System (SSS), Land Bank of the Philippines, and Development Bank of the Philippines, as well as from the national government, could balloon to as much as P1 trillion in a few years.

The proposed measure to create the Maharlika wealth fund was approved in principle by the House committee on banks and financial intermediaries a day after it was filed, and on Dec. 1 the panel gave its nod to amendments suggested by the technical working group (TWG) headed by Albay Rep. Joey Salceda.

Committee chair Manila Rep. Irwin Tieng set the “public consultation/hearing” for stakeholders today, and Salceda said he expected the plenary to start discussions on the bill by Wednesday and approve it on third and final reading by Dec. 12.

“The general appropriations or national budget should not be a source of funding for Maharlika. The board of directors of 15, to allay fears, should have at least eight independent directors representing stakeholders like government and private employees, bankers, academe, [the stock exchange], Filipino investment experts, etc.,” Daza said.

“Also, the chairman should be an independent non-appointed person,” he added. Under HB 6398, the Maharlika wealth fund board would be chaired by the president.

The senior deputy majority leader further pointed out the need to discuss putting caps on administrative expenses, including salaries and bonuses, as the bill seeks exclusion from the coverage of the Governance Commission for GOCCs (government-owned and -controlled corporations).“The exemption [from] the procurement law needs extensive discussion and explanation on why it is needed,” Daza added.

Castro, in an interview at radio station dzBB on Sunday, maintained that there should be an honest-to-goodness public consultation on HB 6398 and not just a briefing.

The deputy minority leader pointed out, “It’s just like an FYI (for your information),” citing the fact that the bill has been approved by the mother committee on banks and financial intermediaries prior to setting the public consultation where the position on the proposal of GSIS and SSS members could have been obtained.

Castro criticized the sudden inclusion of HB 6398 in the Legislative-Executive Development Advisory Council’s priority and urgent measures when there were more pressing bills that could be given priority, including raising workers’ wages and reducing costs of goods.

Progressive groups have also joined the chorus of voices opposing the creation of the Maharlika fund, branding it a dubious proposal that could jeopardize the Filipino people’s hard-earned savings.

They called for greater scrutiny of the proposed measure.

“We cannot rest easy with this measure and we plan to keep a vigilant eye on the nation’s coffers against any effort to use it as a well of corruption,” warned Anakpawis.

“For most of our productive years, working people live off on scant wages further deducted with pension funds, hoping that we will not go hungry upon retirement. How dare they suggest to wager our future to uncertainty and entrust our money to dubious hands, and with no stringent safety nets nor measures for accountability at that?” echoed ACT National Capital Region union president Ruby Bernardo.

De La Salle University professor and Tanggol Wika convener David San Juan noted that the bill “has no clear and solid provision for ample worker/employee representation in the fund’s governing body, considering that the bulk of the fund will technically come from GSIS and SSS members’ pooled contributions.”

In Laoag City, Ilocos Norte First District Rep. Sandro Marcos urged the public not to “look too much into the name” of the P275-billion Maharlika fund.

The House majority leader said the proposed name might still be subject to change, and would depend on the approval of the President.

“I think we should not look too much into the name. It’s really the function of the fund that will prove useful to our kababayan,” he said during a press briefing in Laoag City on Nov. 30.

—WITH A REPORT FROM JOHN MICHAEL MUGAS