Historic crown to be modified for Charles III coronation 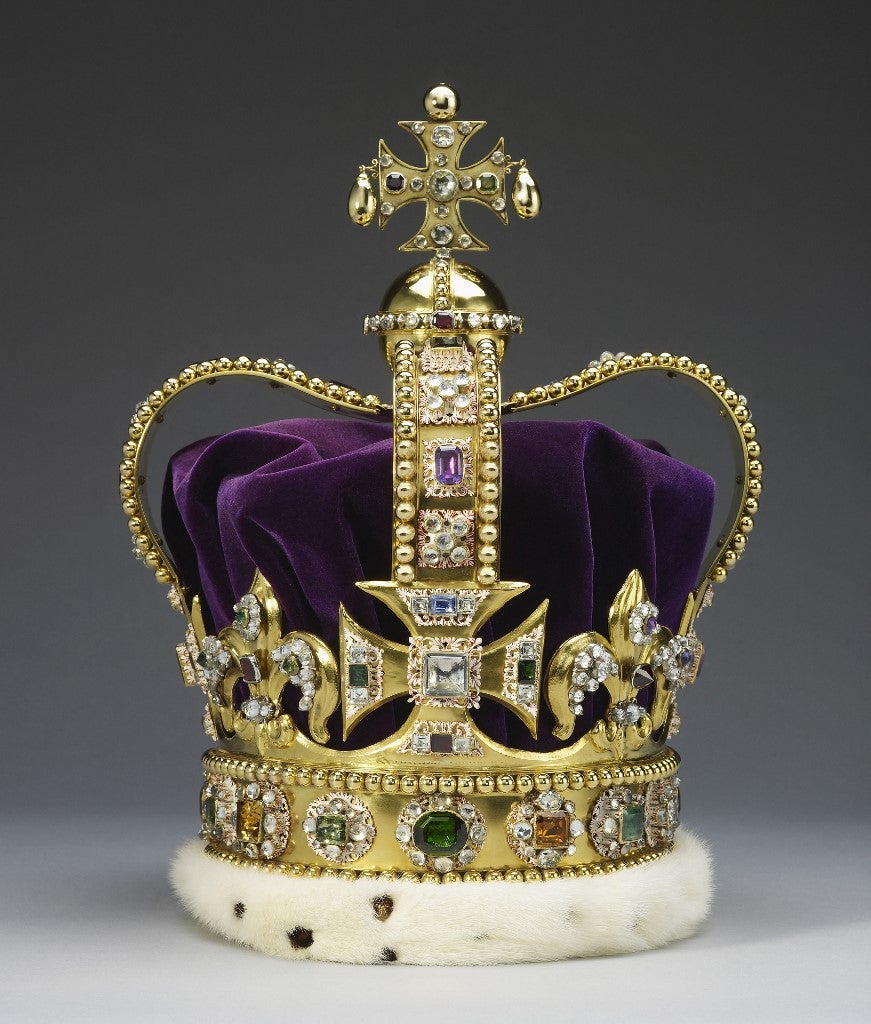 An undated handout photo released by Buckingham Palace in London on December 3, 2022, shows the St Edward’s Crown, that is set to be worn by King Carles III during his Coronation on May 6, 2023. (Photo by Royal Collection Trust / © His Majesty King Charles III 2022 / BUCKINGHAM PALACE / AFP)

LONDON, United Kingdom — Britain’s 17th-century St Edward’s Crown, the centerpiece of the Crown Jewels, has been removed from display to be altered for the coronation of King Charles III, Buckingham Palace said on Saturday.

The solid gold crown, encrusted with rubies, amethysts, sapphires, garnet, topazes, and tourmalines, will undergo “modification work” for Charles III’s coronation at Westminster Abbey on May 6 next year, the palace said.

The crown is the centerpiece of the Crown Jewels, a large collection of royal regalia housed in the Tower of London that attracts more than a million visitors per year.

It has a purple velvet cap with an ermine band, is just over 30 cm (one foot) tall and very heavy.

It was last worn by Queen Elizabeth II, at her coronation in 1953.

Charles III, 74, will be crowned along with his wife, Queen Consort Camilla.

The ceremony will be followed by a national holiday on May 8.

The crown was made for King Charles II in 1661 to replace a medieval crown though to date back to Edward the Confessor.

The original had been melted down by parliamentarians after the execution of Charles I.

For hundreds of years afterwards, the crown was only carried in coronation processions because it was too heavy to wear.

It was altered to make it lighter for the coronation of King George V in 1911 but still weighs 2.23 kilograms (nearly five pounds).

Charles III will only wear it at the moment he is crowned.

When he leaves Westminster Abbey, Charles will wear the more modern Imperial State Crown, also used for occasions such as the opening of parliament.

Set with over 2,000 diamonds, the Imperial State Crown was created in 1937 for the coronation of King George VI, the father of Elizabeth II.

The coronation traditionally takes place some months after a new sovereign has ascended to the throne, following a period of national and royal mourning, and intense preparation.

Charles immediately became king when his mother died on September 8. He also took over as head of state of 14 Commonwealth countries, including Australia, Canada, and New Zealand.

Concerned about public perceptions, he has reportedly requested a less lavish ceremony than the festivities held for Elizabeth II in 1953.

The queen, who was 96, died at her Balmoral estate in Scotland after a year of declining health. She reigned for a record 70 years.

READ: King Charles III to be crowned in May