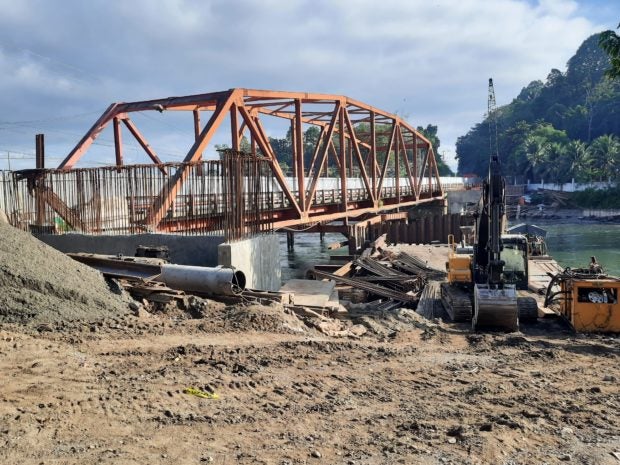 The aging Agus steel bridge in Iligan City is found to be in critical structural condition hence traffic across it has been limited. (Photo by RICHEL V. UMEL / Inquirer Mindanao)

ILIGAN CITY, Lanao del Norte, Philippines — The Department of Public Works and Highways (DPWH) has limited the traffic that can pass through the 44-year-old Agus steel bridge on the national highway here that connects the coastal villages of Maria Cristina and Buru-un.

The measure was imposed after an assessment showed that the bridge had been damaged in several areas.

An evaluation report obtained by the Inquirer showed that the bridge had horizontal cracks and chipping at its pier coping.

The evaluation report also notes major cracks on one abutment and that the slope protection has separated from the abutment. 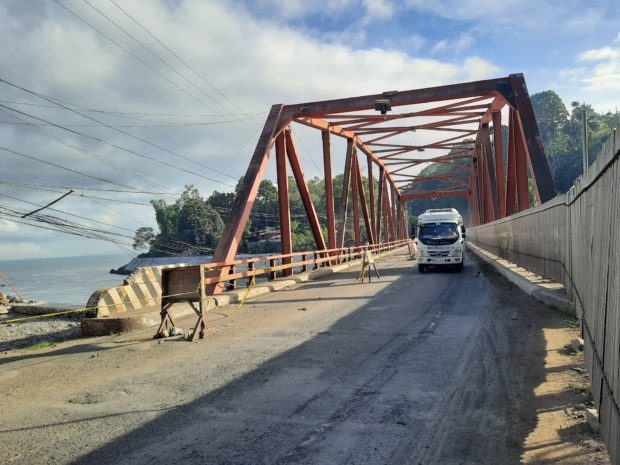 The report also emphasized corrosion and material loss of the bridge’s main chord, largely due to its aging condition and earthquakes.

Only one lane of the bridge is open to traffic.

According to the DPWH, a replacement of the bridge will be constructed in 2024. Meanwhile, a temporary parallel bridge is being built.

For some time in 2009, it was closed to traffic after being damaged by a twin explosion of improvised bombs.