MANILA, Philippines — A Philippine historian slammed the historical marker of Andres Bonifacio in Pinaglabanan Shrine in San Juan City, which, he said, made the Katipunan founder look like a “bungling fool” and the revolutionaries “inutile.” 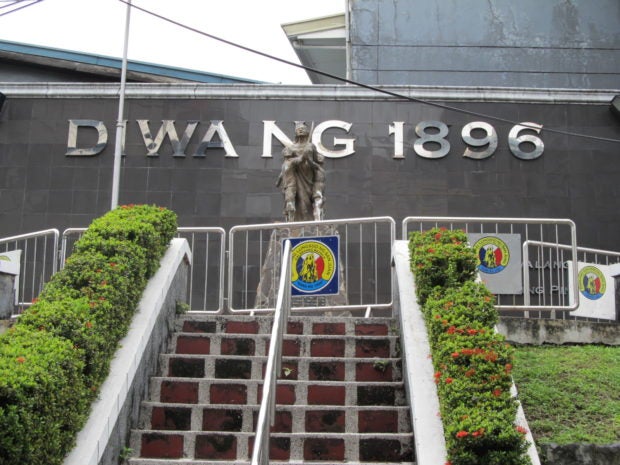 Joel Sarmenta, a Philippine history professor, disputed the supposed facts stated in the marker, including the number of Katipunan fighters and the claim that almost all of them were unarmed during the first battle of the Philippine Revolution in 1896.

He also said that the marker seemed to have glorified the Spanish Empire. 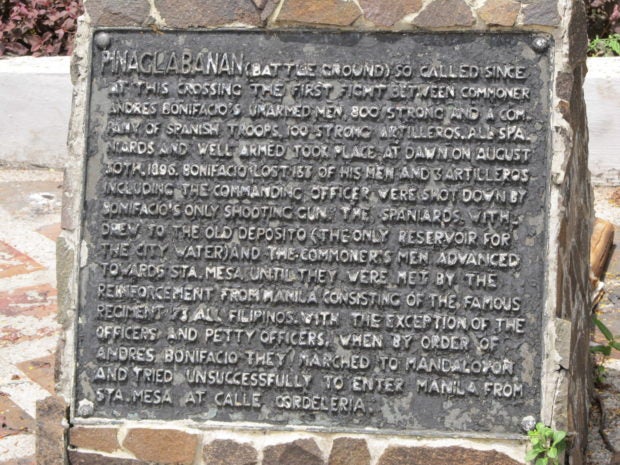 “PINAGLABANAN Battle Ground. So-called since at this crossing the first fight between commoner Andres Bonifacio unarmed men, 800 strong and a company of Spanish troops, 100 strong artilleros all Spaniards and well-armed, took place at dawn on August 30th 1896.

“Bonifacio lost 157 of his men and 3 artilleros, including the commanding officer, were shot down by Bonifacio’s only shooting gun.

“The Spaniards withdrew to the old deposito (the only reservoir for the city water) and the commoners men advanced towards Sta. Mesa until they were met by the reinforcement from Manila consisting of the famous Regiment 73, all Filipinos with the exception of the officers and petty officers.

“When by the order of Andres Bonifacio they marched to Mandaloyon (Mandaluyong) and tried unsuccessfully to enter Manila from Sta. Mesa at Calle Cordelleria.”

Instead of instilling patriotism and nationalism, the marker painted Bonifacio and the KKK negatively, Sarmenta stressed.

“You are supposed to have a marker that will instill patriotism and nationalism,” Sarmenta told INQUIRER.net over the phone during Bonifacio Day on November 30, Wednesday.

“Pero teka, nagmumukhang inutil yung mga KKK eh (But hold up, the KKK appeared to be inutile [in the marker]),” Sarmenta added, referring to the Katipunan’s acronym.

The KKK stands for the “Kataastaasan, Kagalanggalangang Katipunan ng mga Anak ng Bayan” or Supreme and Honorable Association of the Children of the Nation in English.

“All the nuances the wordings of this marker takes us to is this feeling of how much of a bungling fool Bonifacio might have been, and as if he was challenging a glorious and honorable empire,” Sarmenta  also said.

“Worse, does this serve as a further indication of a habit of our culture of bashing our heroes and denigrating them?  So, let us change this marker to show that we have a cherished place for our heroes and what they have contributed,” he added. 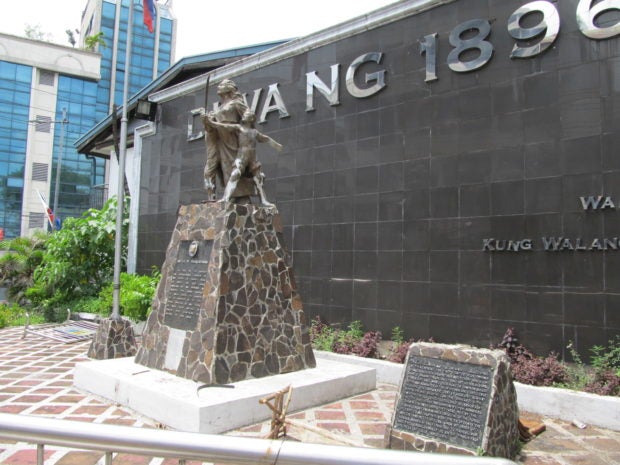 British historian Jim Richardson claimed that the marker made “13 mistakes in just 17 lines,” Sarmenta quoted him as saying.

Sarmenta, meanwhile, also slammed the use of the word “commoner” tag to Bonifacio, calling it misleading since Bonifacio was a highly educated man.

(This corniness is the style of Teodoro Agoncillo, who wants Bonifacio to appear like the Great Plebeian.)

The plaque beside the monument is not a historical marker by the National Historical Commission of the Philippines (NHCP) but instead created by the local government of San Juan.

“We would like to suggest the removal or replacement of the plaque with a narrative that is more reflective of the Filipinos’ struggles and aspirations for freedom,” NHCP chairman Rene Escalante said in a letter in 2021, shared by Sarmenta to INQUIRER.net.

To date, the marker has yet to be corrected.