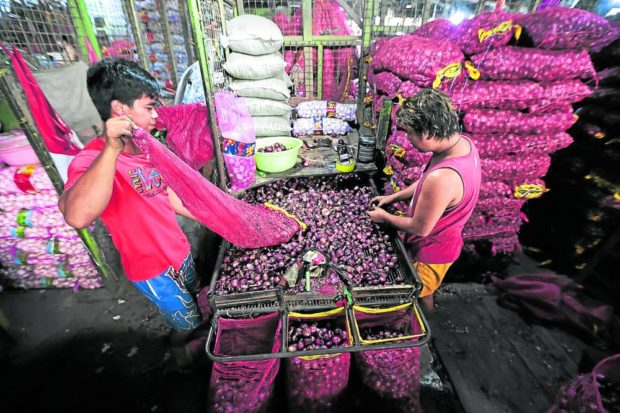 MANILA, Philippines — Senator Imee Marcos lamented on Thursday the plight of local farmers and the low farmgate prices amid the planned importation of onion.

Marcos pointed out that onion farmers in eight provinces are ready to harvest by the second week of December. If the planned importation coincides with the harvest, local onion farmers will be affected.

The Department of Agriculture (DA), led by the senator’s brother President Ferdinand “Bongbong” Marcos Jr., earlier said that the government was considering the importation of 7,000 metric tons of red onions as its price continued to soar.

“Have we forgotten our farmers? High consumer prices are being addressed but what happens to our farmers who are reeling from farmgate prices that are half the production cost?” Marcos raised in a statement.

In mid-November, farmgate costs were at P25 to P27 per kilo, lower than the P45 to P55 per kilo that farmers need to break even at harvest time.

For Marcos, importation has been part of manipulating the costs of commodities.

“Importation has been part of a cycle of price manipulation by traders in cahoots with corrupt officials in the DA and the Bureau of Customs. Turning a blind eye to hoarding and smuggling leave us stuck with the stop-gap measure of importation,” the senator said.

“Local crops are hoarded to cause an artificial shortage, then sold when consumer demand pushes up market prices. High prices then back up a call for importation that pushes down farmgate prices. Traders then buy from local farmers at depressed prices and hoard the crop once again, while smugglers profit on misdeclared and undervalued imports,” she elaborated.

Citing the Bureau of Plant Industry’s (BPI) November monitoring report, Marcos said that over 43 percent of red onion harvests will be in December.

A yield of 5,537.3 metric tons of red onions is expected out of the 12,837.9 metric tons total expected yield until February next year, the report showed.

However, the BPI noted that the anticipated yield in this month and the monitored stock of 13,043.37 metric tons still lead to a supply shortage in onions in December due to crop damage caused by Typhoon Paeng in October and rising consumer demand toward the holiday season.

Currently, market prices of onions are at P280 to P400 per kilo.