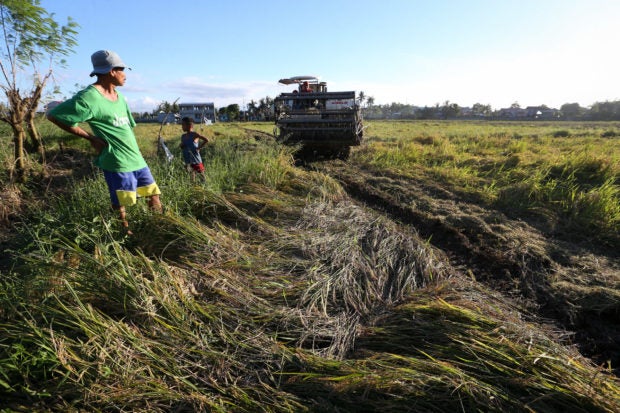 GENEVA, Switzerland – The exceptionally-long La Nina, which has worsened drought and flooding around the globe, is set to continue into February or even March, the United Nations warned Wednesday.

The current La Nina weather phenomenon — the cooling of surface temperatures which can cause widespread impacts on global weather conditions — started in September 2020.

“The unusually stubborn and protracted La Nina event is likely to last until the end of the northern hemisphere winter/southern hemisphere summer,” the UN’s World Meteorological Organization (WMO) said.

“The first ‘triple-dip’ La Nina (three consecutive years) of the 21st century will continue to affect temperature and precipitation patterns and exacerbate drought and flooding in different parts of the world.”

It is the first triple-dip La Nina of the century and only the third since 1950, the organisation said.

La Nina is the large-scale cooling of surface temperatures in the central and eastern equatorial Pacific Ocean. It normally occurs every two to seven years.

The effect has widespread impacts on weather around the world — typically the opposite impacts to the El Nino phenomenon, which has a warming influence on global temperatures. Conditions oscillate between the two.

There is a 55 percent chance of neutral conditions (neither El Nino or La Nina) emerging during February-April 2023, increasing to about 70 percent in March-May, according to WMO.

La Nina is a natural phenomenon, but it is taking place against a background of human-induced climate change, which is increasing global temperatures and making weather more extreme, the WMO said.

“The tropical Pacific has been in a La Nina state, with short interruptions, since September 2020 — but this has only had a limited and temporary cooling impact on global temperatures,” said WMO chief Petteri Taalas.

“The past eight years are set to be the hottest on record and sea level rise and ocean warming has accelerated.”

“The international community is especially concerned about the unfolding humanitarian catastrophe for millions of people in the Horn of Africa, driven by the longest and most severe drought in recent history.”