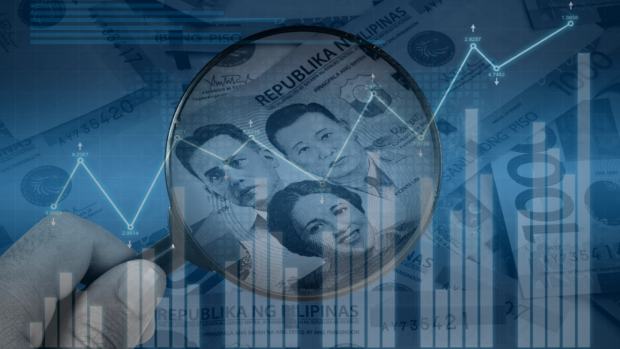 MANILA, Philippines—Yes, the economy grew by 7.6 percent in the third quarter of 2022, but the think tank Ibon Foundation said the conditions of ordinary Filipinos have barely even returned to pre-COVID levels.

The main contributors to the third quarter growth were wholesale and retail trade; repair of motor vehicles and motorcycles (9.1 percent), financial and insurance activities (7.7 percent), and construction (12.2 percent).

The PSA said major economic sectors—agriculture, forestry and fishing, industry, and services—all posted positive growths in the third quarter of 2022 with 2.2 percent, 5.8 percent, and 9.1 percent, respectively.

Because of this, President Ferdinand Marcos Jr., who was in Phnom Penh, Cambodia then, told business executives “that the economy, we are happy to say, is poised for growth.”

Even economist and Albay Rep. Joey Salceda said the GDP growth was not by chance stressing that “it’s not a stroke of luck, the growth is real and is likely to be sustainable, but of course, we have to do things.”

Then last Nov. 11, Finance Secretary Benjamin Diokno highlighted the “strong GDP growth of 7.7 percent in the first three quarters of 2022,” saying that this was driven by strong domestic demand and improvement of labor conditions.

He said this at the 2022 Italian Chamber of Commerce in the Philippines Leadership Awards, where he invited all business leaders, entrepreneurs, and investors to “seize these new opportunities for growth and expansion.”

But economist Sonny Africa, executive director of Ibon Foundation, stressed that the “strong economic growth” claimed by the government, “should not be taken at face value” since a closer look would show the reasons behind the acceleration.

He explained that the growth in the third quarter of this year “is just the rebound from the economy reopening after the government’s imposition of one of the longest and harshest lockdowns in the world.”

Africa stressed that that growth is only rapid growth because of the base effect where the Philippine economy’s growth is measured from a very low point, saying that in 2020, lockdowns caused a 9.5 percent contraction in GDP. In other words, if you’re coming from zero, a decimal point increase is substantial.

Looking back, it was in 2020, the year the COVID-19 crisis hit, when the economy suffered its worst post-war recession, with the government saying that it was the consequence of lockdowns meant to slow the spread of COVID-19. 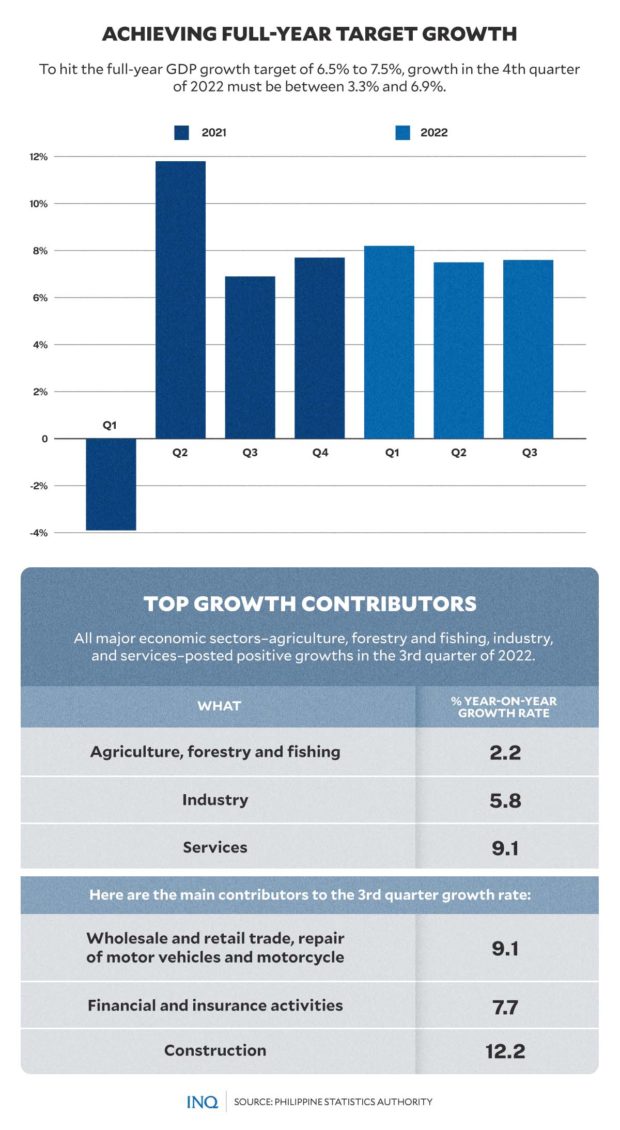 According to Ibon, the economy contracted for five consecutive quarters and growth measured since the middle of 2021 is merely from the economy reopening, noting that the current level of the economy is nearly just the same as in the third quarter of 2019.

“This is actually even smaller than in the fourth quarter of 2019 (P5.26 trillion) which was the last quarter before lockdowns started in the first quarter of 2020,” Africa said in an interview last Nov. 23.

These values are measured in constant prices to remove the effects of inflation and make the figures comparable.

High consumption not from poor

Likewise, he pointed out that growth in the third quarter was mainly driven by strong domestic demand “of what is most likely upper middle-income and high-income groups and not poor Filipinos.”

This, as Household Final Consumption Expenditures (HFCE), which is one of the major expenditure items measured by the PSA, grew by 8 percent in the third quarter, higher than 7.1 percent in the same period last year.

However, Africa said that the fastest growing items in HFCE were recreation and culture, restaurants and hotels, and transport, which accounted for 46 percent, 38.2 percent, and 20.5 percent of the total household spending, items that are not commonly consumed by the poor.

Food and non-alcoholic beverages, which contributed 34.9 percent to total household spending and is one of the top contributors to the growth of HCFE, grew by only 3.9 percent. These items are consumed by nearly everyone, including the poor.

Growth has also been limited in essentials, like housing, water, electricity, gas and other fuels (1.3 percent) and education (5.4 percent). The growth in health (6.9 percent) “is also possibly due to renewed health care utilization by higher income groups.”

Africa explained that the fast growth in non-essential items is probably due to “revenge travel,” dining out and other spending by richer families taking advantage of the fewer restrictions and opening up of tourist spots. 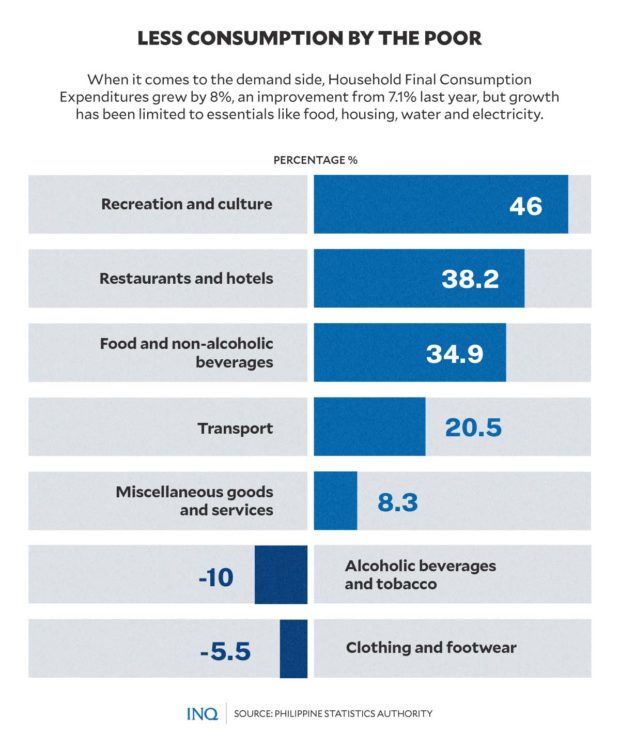 “Ordinary Filipinos, on the other hand, especially the poor, can ill-afford to use precious income on anything but necessities amid increasingly high prices for goods and services,” he said.

This, as he stressed that job creation in the Philippines has actually been slowing and that since the start of the COVID-19 lockdowns, most of the jobs created were part-time, self-employment and temporary work.

“This explains why family incomes have fallen despite the supposed low unemployment rate and high employment rate,” he said, highlighting that based on Bangko Sentral ng Pilipinas data, there are 19.4 million households without savings as of the third quarter of 2022.

Africa said the government needs to prioritize the actual situation of the country’s citizens and come up with real solutions to boost the economy and address the worsening jobs crisis and poverty.

“Immediate steps towards these are providing substantial ayuda to the poorest households, implementing wage hikes, lowering prices such as by removing value-added and excise taxes on oil, and ensuring support and subsidies for small business and producers,” he said.