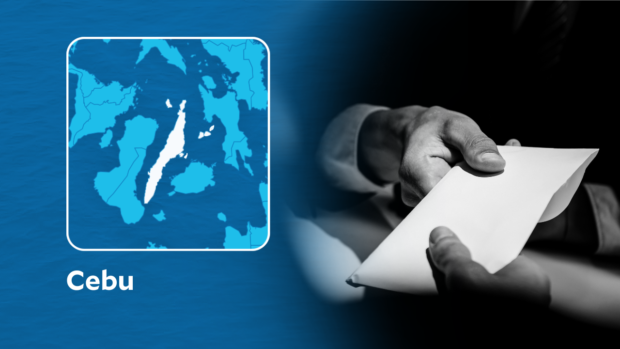 CEBU CITY — A lawyer working at the Office of the Register of Deeds (ROD) in Mandaue City, Cebu, is facing charges after being arrested by National Bureau of Investigation in Central Visayas (NBI-7) agents for allegedly receiving money from a land owner.

Lawyer Reynaldo Mayol, 55, underwent inquest proceedings at the Office of the Ombudsman in the Visayas on Nov. 28, three days after being arrested at the ROD located at the Mandaue City Cultural and Sports Complex.

When presented before the prosecutor, Mayol chose not to undergo a preliminary investigation, which could have given him a chance to submit a counter-affidavit and refute the allegations against him.

The prosecutor elevated the charges against Mayol before the trial court, where he could post bail.

Mayol was charged with direct bribery and violating the Anti-graft and Corrupt Practices Act and the Code of Conduct and Ethical Standards for Public Officials and Employees.

All three charges are bailable.

Under the Revised Penal Code, a public officer commits direct bribery when he/she accepts an offer or promise or receives a gift or present to commit a crime, or in consideration of the execution of an act that does not constitute a crime, but is unjust or to refrain from doing something that it is his official duty to do.

Mayol, who had been working with ROD for the past 11 years with a monthly income of over P78,000, denied receiving money during the arrest. He did not elaborate.

NBI-7 Director Rennan Augustus Oliva said it was easy to deny the accusations, but proving it was a different story.

“That’s his right (to deny). But the result of the examination speaks for itself. He was positive for fluorescent powder. The examination would show that he received the marked money,” Oliva said.

Dy claimed that Mayol suggested that he would not merely do an annotation on the second title but also issue a new one in exchange for the amount.

The land owner decided to seek the help of the NBI-7 when Mayol allegedly continued to demand P150,000 for the new title to be released.

“Mr. Dy claimed that he felt insulted and betrayed by the action of Atty. Mayol because the latter wouldn’t act on any transaction in his official capacity as Register of Deeds without any monetary consideration,” Oliva told reporters.

The NBI-7 hatched an entrapment operation that led to the arrest of Mayol.

Oliva urged other people, who may have been duped by Mayol, to come forward and file a case against the lawyer.

“Right after the operation, some individuals visited the NBI-7 office to report that they too fell victim to the lawyer,” he said.

Oliva said he was just waiting for these individuals to file a case against Mayol.

Lawyer of Mandaue’s Register of Deeds nabbed for allegedly extorting …