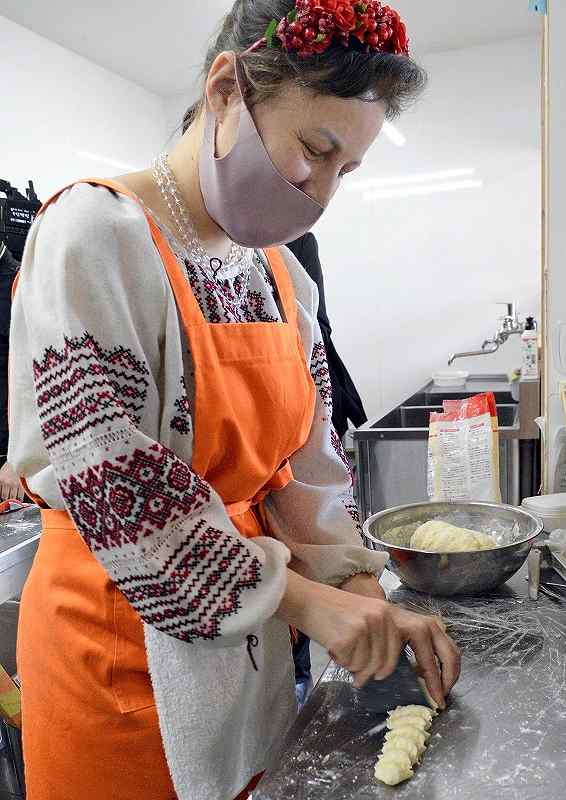 OKAYAMA — Since fleeing the Russian invasion of her country and taking temporary residence in a city in Okayama Prefecture, Alona Chyzhenko wanted to do something for her neighbors who have helped her get acclimated.

She opted to do it by appealing to their stomachs with a feast of Ukrainian cuisine.

Chyzhenko, 33, left Kyiv in early March and went to Poland, then came to Japan in May. After a stay in Chiba Prefecture, she relocated in August to the city of Soja in Okayama Prefecture, attracted by its rich natural surroundings and cultural heritage.

She currently lives in public housing and has a job as a temporary employee with the Soja city government. To help integrate her into local society, she was invited to a local festival and other culture events. She enjoys climbing the surrounding mountains or going for a stroll in the area.

To show her appreciation, earlier this month Chyzhenko invited her Japanese neighbors to the local civic hall, which has a space for dining, and prepared a feast of Ukrainian dishes. She cooked borscht, the popular red soup filled with vegetables, as well as halushky dumplings, which are made with cheese and pork. For dessert she prepared poppy seed rolls. 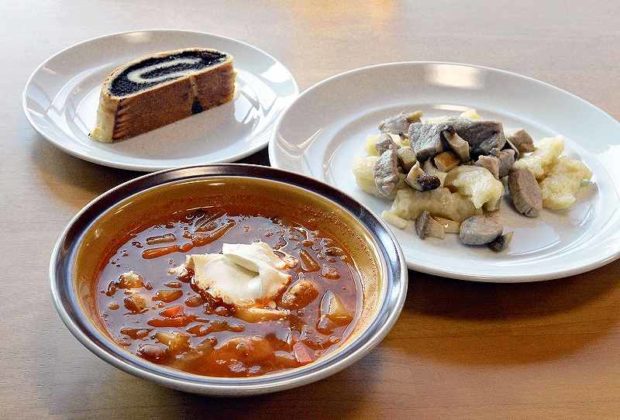 Chyzhenko welcomed her guests dressed in a traditional Ukrainian folk costume with bright embroidery. Tasting each of the Ukrainian dishes that she had been preparing from the previous day, the guests said the fare was “delicious.” One man expressed his gratitude by using the Ukrainian word for delicious, “Smachino.”

“She is facing difficulties on her own but was willing to take up a challenge,” said Hideaki Tada, 76, one of the invited guests. “She is friendly and down to earth. I want our community to keep supporting her.”

Chyzhenko said that while she was cooking, the aromas reminded her of her childhood and home back in Ukraine. “I’ve made many friends here, and they have helped me,” she said. “I was so happy to have the opportunity to make this special meal.”

Japan to allow Ukrainian evacuees to get jobs