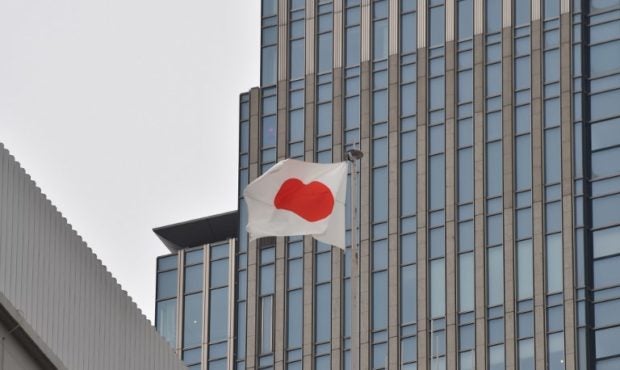 Japanese national flag flies on the roof of a building in Tokyo on November 14, 2016. AFP FILE PHOTO

TOKYO — Three death row prisoners filed a lawsuit against the Japanese government on Tuesday, arguing that execution by hanging is cruel and should be abolished, their lawyer said.

Japan is one of the few economically developed countries to still have the death penalty, and hanging has been its sole execution method for around a century and a half.

The trio at the Osaka detention centre, whose identities have not been revealed, are “seeking an injunction” against death by hanging, lawyer Kyoji Mizutani told AFP.

They are also demanding compensation of 33 million yen ($238,000), he added, for the psychological distress caused since they were given the death sentence, all since 2000.

A legal victory would force a stunning shake-up of execution laws in Japan, where public support is high for capital punishment despite international criticism.

More than 100 people are on death row, including many serial killers.

Executions are usually implemented long after sentencing, with inmates held for years in solitary confinement and only told of their impending death a few hours beforehand.

When their time comes, blindfolded convicts are led to a spot with their feet bound and hands cuffed before a trapdoor opens below them.

The mechanism is triggered in an adjacent room where several officers each press a button simultaneously, with none told which one is “live”.

Mizutani called for more “open discussions” around the death penalty in Japan, which is often treated secretively.

In July, the nation executed a man convicted of killing seven people in a 2008 truck-ramming and stabbing rampage in Tokyo’s Akihabara electronics district.

Three other prisoners were hanged in December 2021 — the first executions after a two-year hiatus and the first ordered by Prime Minister Fumio Kishida’s administration.