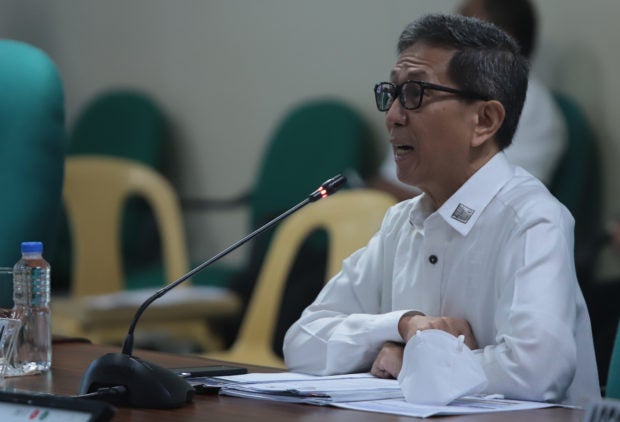 MANILA, Philippines — Another possible conflict of interest was raised on Tuesday during the Commission on Appointments (CA) confirmation hearing of Energy Secretary Raphael “Popo” Lotilla.

At the CA’s committee hearing on energy, Senator Risa Hontiveros asked Lotilla to confirm if his brother was a director of a company involved in transmission power.

“You’re referring to one of my brothers?” Lotilla asked, “I think he’s an independent director in the mother company but not in the company itself, which runs the transmission.”

Lotilla himself was an independent director of Aboitiz Power Corp. when he was named the new head of the Department of Energy. He later resigned from Aboitiz after questions were raised against him for accepting his nomination in government while holding a post in a private company.

Hontiveros then asked if the current membership in the generation and transmission company board is consistent with Section 45 of the Electric Power Industry Reform Act.

The said provision of the law states that “no stockholder or official of a generation company or distribution utility or other entity engaged in generating and supplying electricity within the 4th civil degree of consanguinity or affinity shall be allowed to hold any interest directly or indirectly in Transco (National Transmission Corp.) or its concessionaire,” the senator pointed out.

“You’re quoting a provision of the Epira, and as far as I know, since in the case of my brother — he serves as an independent director, not of a transmission company, then the conflict of interest is not there,” Lotilla said.

“But I’d like to study that particular issue more closely as you have indicated it,” he added.

Hontiveros believes otherwise, saying “the principle remains the same” whether a person works in a company or a mother company.

Nevertheless, she welcomed the energy chief’s openness to look into the matter.