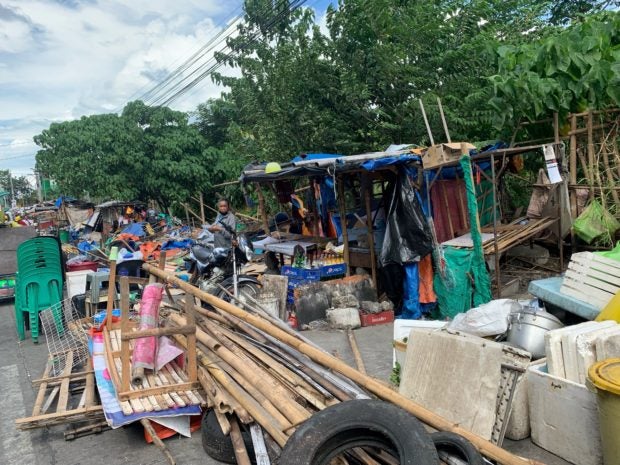 BACOLOD CITY — The city government has resumed the demolition of illegal structures on sidewalks and roads which obstruct traffic.

Some of the owners of the sidewalk eateries voluntarily removed their structures adjacent to provincial government property.

Rey Demisana, CLO enforcement team head, said the motorcycles and tricycles illegally parked on one lane of the North Capitol Road next to the sidewalk were also removed.

Renelo Lastierre, Capitol Safety and Security Division head, said the eateries obstruct traffic because they extended their businesses to the road.

“They already knew for some time that they would be removed from the area,” Lastierre said.

The city government’s removal of road obstructions is in compliance with a Department of the Interior and Local Government order.

Road clearing to resume in Bacolod in transition to ‘new normal’