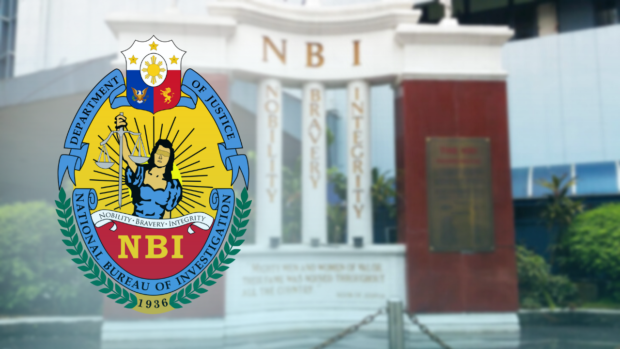 NBI logo over a shot of the facade of its headquarters

MANILA, Philippines — A businessman from Mindanao said he lost over P5 million to a group of people who offered him a cut of P700 million from the sale of over P17-trillion worth of “Marcoses’ gold” allegedly being kept inside the Bangko Sentral ng Pilipinas (BSP).

Jericho (not his real name), an admitted supporter of the Marcos family, said he fell for the dubious deal because those behind it were in their 80s and presented so many seemingly legitimate company and government ID cards.

“Because they were old, I felt assured that they could be trusted. In my thinking, they were old so it’s impossible for them to do wrong,” he said.

Jericho said he eventually became suspicious when he saw that the certificate of ownership of the gold presented by one of the members of the group identified then BSP Governor Benjamin Diokno as Benjamin Diokno Santiago.

Their repeated demands for more money also added to his doubts about the deal.

In a complaint filed in the National Bureau of Investigation, Jericho identified the head of the group as Aniano Gemina, who claimed to be the CEO of a borrowing company, Real Mines Development Corp.

Jericho said Gemina asked him for P5 million to renew a “safekeeping receipt” supposedly certifying that the company owned the Marcos gold kept inside the BSP.

According to Gemina, the receipt was being required by the BSP for the deal with Haggai Precious Metals Trading Corp. which was transacting with his company to buy the gold for P17 trillion.

“Gemina told me, ‘This wealth is [owned by the Marcoses]. It’s just [in my name].’ That’s where it started, I thought it was an opportunity,” Jericho said, adding that he was promised P700 million once the deal pushed through.

He said he agreed to pay the P5 million as long as the transaction was done inside the BSP building. The signing of the “contract,” however, plus the turnover of the money took place in a private restaurant in Malate, Manila, on June 30, 2021.

President Marcos Jr. has long debunked claims of a repository of gold as his family’s supposed source of wealth. According to an urban legend, the Tallano royal family entrusted gold bars to his family.

‘Gold mine’ in Marcos safe