Angara: P50-B worth of elderly's pension should be 'fully funded' in 2023 budget | Inquirer News

Angara: P50-B worth of elderly’s pension should be ‘fully funded’ in 2023 budget 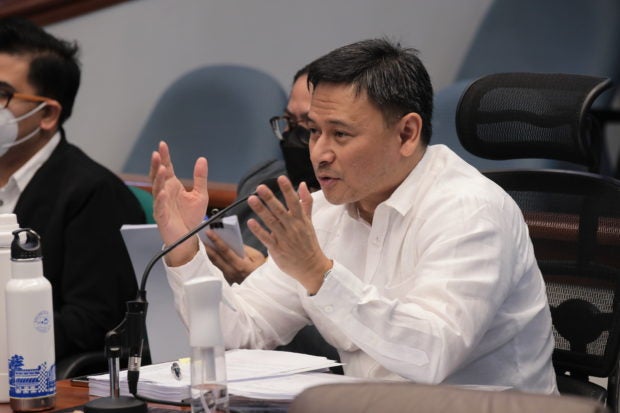 MANILA, Philippines—Indigent senior citizens may start receiving higher social pensions next year as lawmakers work to include funding for it in the 2023 national budget.

According to Senator Sonny Angara, the P50-billion budget for the elderly’s pension is being prioritized in the congressional bicameral conference committee and should be “fully funded” in the P5.268-trillion spending bill next year.

Angara heads the bicam committee tasked to reconcile differences in spending bills approved by both chambers of Congress.

“The P50 billion is being prioritized and should be fully funded when we complete the bicam report,” Angara, who also chairs the Senate committee on finance, said  in a statement on Monday.

It was only last July when the measure, raising the monthly social pension of indigent senior citizens from P500 to P1,000,  lapsed into law.

Funding support for the elderly is just among the programs  the Senate will continue  to work to help and support sectors that are still feeling the impacts of the COVID-19 pandemic,

Unlike the “ayuda” that was provided during the height of the pandemic, however,  next year’s budget would only provide targeted assistance to specific sectors, Angara said.

(We aim to provide targeted  aid for  some sectors like health workers, farmers,  fisherfolk, operators and drivers of public utility  vehicles, senior citizens, displaced workers and  also  our poor countrymen)

A press statement from Angara’s office enumerated  the following programs  under the Department of Social Welfare and Development (DSWD), which are included in the proposed 2023 national  budget:

Also included in the 2023 budget are funding for benefits,  allowances,  and the COVID-19 compensation packages for health workers.

The senator said in the same statement that significant funding was likewise provided for the National Health Insurance Program to ensure the full implementation of the Universal Health Care law. The Senate, he said, also increased funding for Medical Assistance to Indigent and Financially-Incapacitated Patients.

Meanwhile, fuel subsidies will continue next year for public utility vehicle operators and drivers, including those who belong to the ride-hailing industry and farmers and fisherfolk.

“The fuel subsidies will help the members of the transport and agriculture sectors cope with the rising cost of gasoline and diesel and help ensure that they will continue operating for the benefit of the public,” Angara pointed out.

He also cited several programs for education and the labor sector.