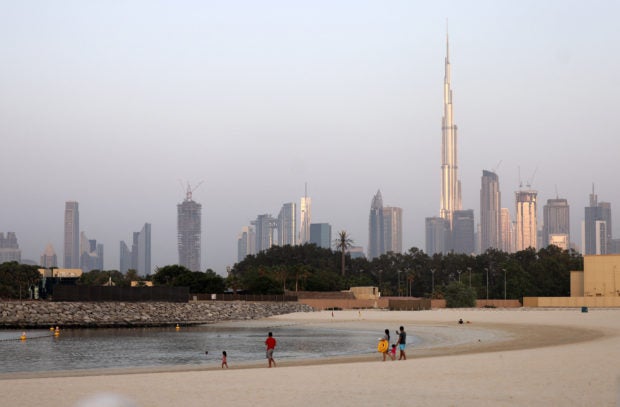 People gather at a beach in the Gulf emirate of Dubai, on September 15, 2022. AFP

The huge international operation seized 30 tonnes of the drug and also involved arrests in France, Spain, Belgium and the Netherlands, the EU’s police agency said in a statement.

“The drugpins considered as high-value targets by Europol had come together to form what was known as a ‘super cartel’ which controlled around one third of the cocaine trade in Europe,” Europol said.

“The scale of cocaine importation into Europe under the suspects’ control and command was massive and over 30 tonnes of drugs were seized by law enforcement over the course of the investigations.”

Europol said Dubai had arrested two “high-value” suspects who are linked to the Netherlands, another two linked to Spain and two more connected to France.

“One of the Dutch suspects is an extremely big fish,” a Europol source told AFP on condition of anonymity.

Dutch prosecutors said they would request the extradition of the suspects from the United Arab Emirates.

One of the suspects was a 37-year-old man with dual Dutch and Moroccan nationality, who was held for allegedly importing thousands of kilos of cocaine into the Netherlands in 2020 and 2021.

“These are serious criminal offenses pertaining to international drug trafficking, mainly from South America via the ports of Antwerp and Rotterdam,” the Dutch public prosecution service said in a statement.

The other was a 40-year-old dual Dutch-Bosnian national, it said.