MANILA, Philippines — The Bureau of Immigration (BI) on Monday warned against a supposed fake order to inspect foreign nationals in entertainment places such as hotels and bars in the country.

BI Commissioner Norman Tansingco said the operation order that is currently circulating in chat groups on the Internet titled “checking overstaying and illegal employment in various entertainment places” was not issued by the BI.

Tansingco said the BI has no authority to inspect establishments randomly. 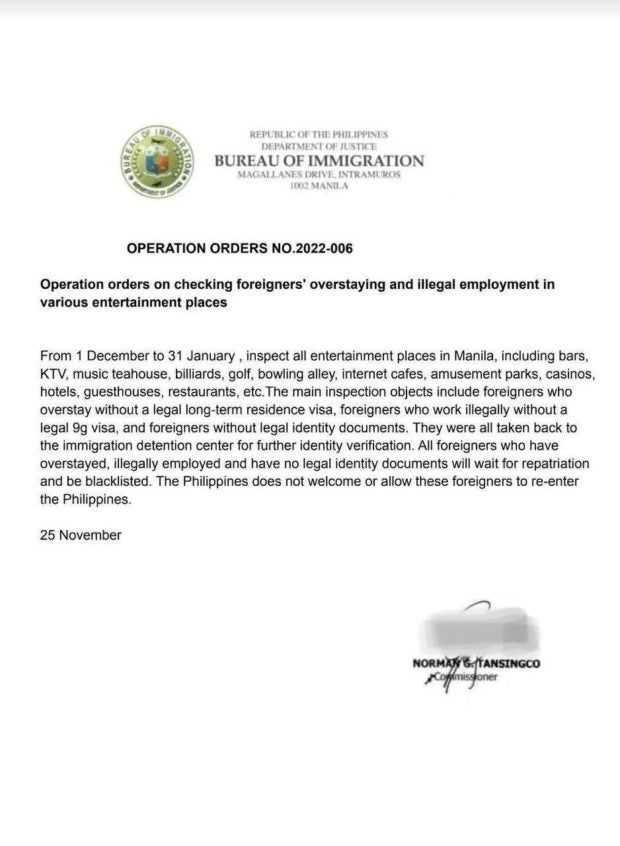 “No such order has been issued by the BI,” Tansingco said in a statement.

“Our operatives are not authorized to randomly inspect establishments but are required to secure a mission order to conduct an arrest. A mission order is only issued upon thorough investigation and confirmation that the subject foreign national has indeed violated immigration laws,” he added.

The BI chief said he believes syndicates are using the fake order to scare and scam foreign nationals.

He said that any such incident should be reported immediately to local law enforcement agencies.

Bureau of Immigration warns public vs scammers posing as its employees