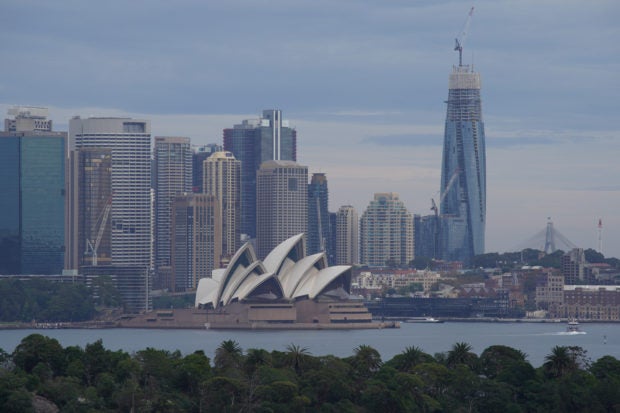 The Sydney Opera House and city centre skyline are seen as the spread of the coronavirus disease (COVID-19) continues in Sydney, Australia, April 20, 2020. REUTERS FILE PHOTO

SYDNEY — Australia lowered its terrorism threat level on Monday to “possible” from “probable” for the first time in eight years, citing a reduced risk of attacks from extremists.

The level was raised in 2014, spurred by concerns over the number of Australians believed to be fighting overseas with Islamist militant groups and the likelihood of terror attacks by those radicalized in Iraq or Syria.

But spy agency the Australian Security Intelligence Organization (ASIO) said the factors prompting the threat level no longer existed or only persisted to a lesser degree.

“While Australia remains a potential terrorist target, there are fewer extremists with the intention to conduct an attack onshore,” Mike Burgess, its director general of security, told reporters.

The change did not mean all terror threats had been extinguished, Burgess said, however.

“It remains plausible that someone will die at the hands of a terrorist in Australia within the next 12 months – although, of course, (we) will work around the clock to prevent that,” he added.

Last month, the Labor government decided to repatriate four Australian women and their 13 children from a Syrian refugee camp, resuming a controversial program criticized by the Liberal-National opposition.

Burgess said Monday’s decision took into account the move to repatriate the group, related to dead or jailed fighters from the militant Islamic State group.

The offshore networks, capabilities and allure of radical Islamic groups have been degraded with their support in Australia fading though it has not yet disappeared, Burgess said.

“While ASIO considered all these factors when deciding to lower the terrorism threat level, I can almost guarantee it will need to go up again at some point in the future.”