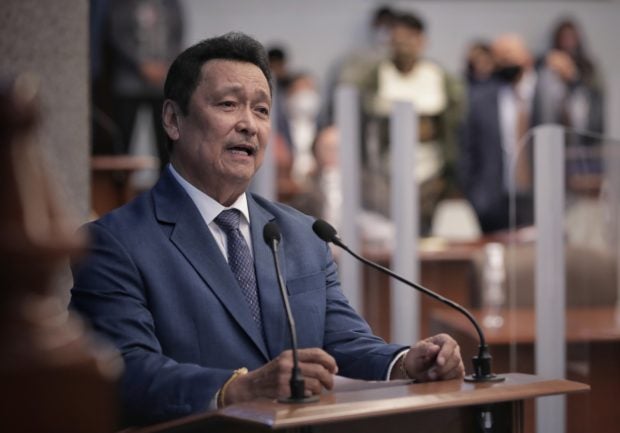 MANILA, Philippines — Senator Lito Lapid has filed a measure that would require the reporting of deaths related to drug overdose or OD in the country, making it unlawful for any person to withhold or fail to disclose such information.

A fine of up to P500,00 against any person withholding information relating to OD is being proposed by the senator in Senate Bill No. 1498, which aims to institutionalize OD reporting and awareness system to prevent deaths related to a drug overdose.

“Drug overdose, whether accidental or intentional, can be prevented. Its unintended side effects or even life-threatening symptoms consequences can be avoided,” he said when he filed the bill.

“Thus, this bill seeks to require the Secretary of Health to publish bi-annually findings on nationwide drug overdose trends that review overdose death rates and other information to ascertain changes in the cause and rates of fatal drug overdoses,” the senator also said.

This study, according to the proposed legislation, should include, among others, the following information:

The Health Secretary is also mandated to provide an annual advisory to municipal, city, and provincial officials about the following information:

It would be unlawful for a parent, spouse, child, sibling, guardian, hospital, health care facility and attending physician “to knowingly withhold, fail to disclose, or falsify any information” relating to drug overdose incidents or deaths,” the bill added.

Any person convicted for unlawful withholding, failing to disclose, or falsifying the information would  be slapped with a fine of  P50,000 to up to P500,000, it further noted.

But the measure stressed that the information and data collected under this proposal would be processed in compliance with  Republic Act  No. 10172 or the Data Privacy Act of 2012.

(Every human life is important so we should push for every possible measure to safeguard and protect the people’s lives. It’s important that the public see the data and the things that they can do in case they or their loved ones experience a drug overdose.)

(Providing the right information to our countrymen is a strong weapon to protect us from the bad effects of drug overdose.)