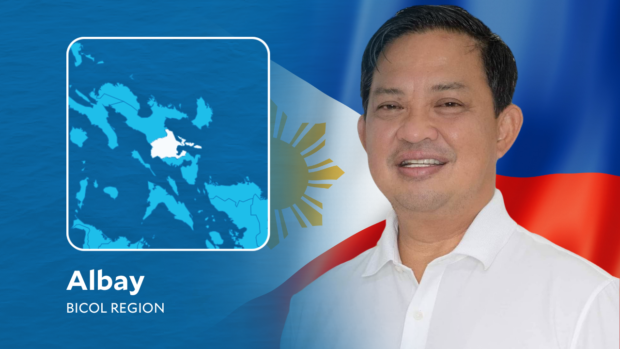 MANILA, Philippines — The Commission on Elections (Comelec) has issued a certificate of finality over the disqualification case against Albay Gov. Noel Rosal for supposedly violating the Omnibus Election Code when he handed out cash aid during the May 2022 elections.

The decision of the Comelec en banc to disqualify Rosal will be made final and executory within five days from the receipt of the resolution, unless the Supreme Court orders a temporary restraining order (TRO) or a preliminary injunction, said poll body’s spokesperson John Rex Laudiangco.

He noted that Rosal would have to officially step down from office once a writ of execution is issued by officials from the Department of the Interior and Local Government.

“Still, the remedy of a petition for review on certiorari with the Supreme Court is available for the respondent within the period allowed by the Rules on Civil Procedure,” Laudiangco told reporters.

Under the rules, Rosal has 15 days to file his appeal.

In case Rosal does not seek available legal remedies, the “rule of succession under the Local Government Code” would be implemented, Laudiangco said. This would mean Albay Vice Gov. Edcel “Grex” Lagman Jr. would have to take over from Rosal.

The en banc denied on Nov. 18 Rosal’s motion for reconsideration filed in September, which asked to review its ruling on the distribution of cash assistance to tricycle drivers and senior citizens when he was still a mayor of Legazpi City but running for the post of Albay governor.

Laudiangco also later clarified to reporters that registration will be open on weekends only from Dec. 17 and only until Jan. 22.

Following the dismissal of his petition, Rosal had said that he would file a petition for a TRO before the Supreme Court.